Samsung Galaxy J6, J8, A6 and A6+ come to India with Infinity Displays for tight budgets

The oft-rumored Samsung Galaxy J6 is officially out in India at a starting price of around $205, with a higher-end J8 available for the rough equivalent of $280, and the A6 and A6+ priced slightly higher.

Samsung already brought a premium, modern feature to a low-cost, mid-range smartphone in India, but now the country is getting another affordable Galaxy device with dual rear-facing cameras, as well as a grand total of four non-flagship handsets sporting so-called “Infinity Displays.”

The Galaxy J8 comes with both two shooters on its back and a bezel-light 6-inch HD+ Super AMOLED screen, while the smaller 5.6-inch Galaxy J6 settles for just the one 13MP cam, nonetheless delivering “more viewing area” with an extra-tall HD+ 18.5:9 panel.

The J6 may not be the top choice for selfie addicts either, with a middling 8MP front-facing snapper in tow, upgraded to 16MP on the J8, which also combines 16 and 5MP rear sensors with f/1.7 and f/1.9 aperture respectively. The J6’s single rear cam only comes with an f/1.9.

Moving under the hood, it’s pretty interesting that Samsung decided to equip the smaller, lower-end variant of these two with a home-brewed Exynos 7 series SoC, while the Galaxy J8 packs Snapdragon 450 processing power. 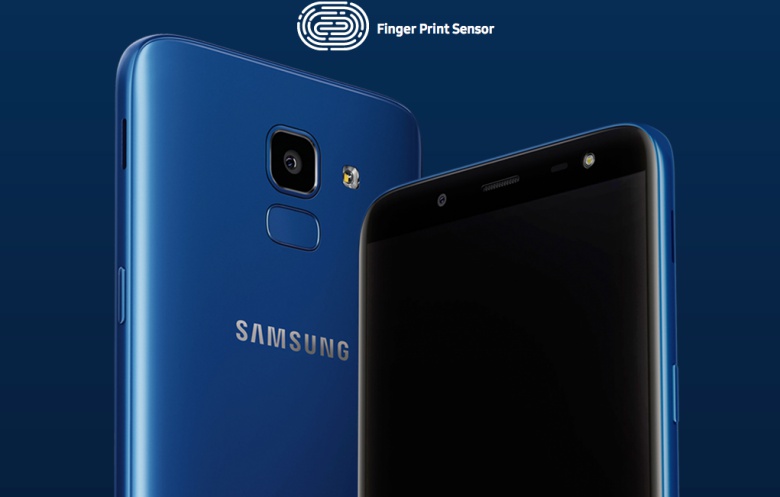 The Galaxy J6 and J8 have in common Android Oreo goodies, fingerprint and facial recognition, as well as proprietary, region-specific software features like Samsung Mall and Chat-Over-Video. Obviously, the larger phone has the larger 3500 mAh battery on deck, compared to 3000 mAh for the J6.