A number of new low to mid-end Galaxy J-series devices have been released lately in key global markets including India and the US, but while some of these continue to resist modern hardware trends, they all run Android Oreo out the box on the software side of things.

That’s naturally not the case for the 2017 Galaxy J family, although Samsung will soon try to bring the old J3, J5 and J7 up to speed. Just maybe not as soon as previously expected.

At least in Turkey, it looks like you’ll have to wait a few more months for official Android 8.0 rollouts. Known in the region as the Galaxy J7 Pro, J5 Pro and J3 (SM-J330F), last year’s budget-friendly lineup is currently scheduled for a simultaneous September 28 update. 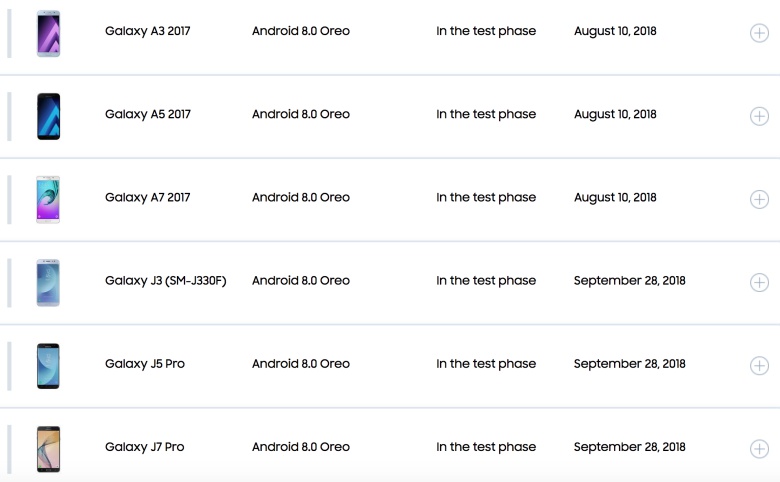 That signals trouble in “the test phase”, as Samsung’s local branch initially planned for a July 13 OTA makeover. On the bright side, other countries could still get Oreos sooner than that on the Galaxy J3, J5 and J7 (2017).

The 2017 editions of the mid-range Galaxy A3, A5 and A7 should make you hopeful, having scored the 8.0 goodie pack in select global regions several months ago. The three phones are barely expected to make the jump on August 10 in Turkey, so for all we know, the Galaxy J7, J5 and J3 (2017) could start to receive the OS promotion tomorrow in countries like Russia or Vietnam.

The OnePlus Nord 2 is rumored to sport the Sony IMX766 primary sensor, which is the same as the OnePlus 9 Pro.