The 2017 editions of the Samsung Galaxy J7, J5 and J3 are relatively affordable, surprisingly premium-looking and decently feature-packed.

Nowhere near as aggressively advertised as flagship Galaxy S or Note phones, Samsung’s more affordable, lower-end Galaxy J family quietly grew wildly popular in Europe over the past year or so, helping offset Note 7 losses from both a financial and reputation standpoint.

For some reason (hopefully, not QA issues), the 2017 editions of the J3, J5 and J7 spent a long time lurking in the shadows (with little success), finally breaking cover earlier today… in Netherlands.

We’re guessing the three new Android Nougat-powered mid-rangers are headed for more than just one old continent country, officially starting at €219 ($245). That’s for the “entry-level” Samsung Galaxy J3 (2017), of course, due out in August with a 5-inch HD TFT screen in tow, alongside a quad-core 1.4GHz processor, 2GB RAM, 16GB internal storage, 13/5MP cameras, 2,400mAh battery and, huzzah, a premium metal body.

In fact, all of the fresh J-series installments are made of “elegant” metal, which should make up for their occasional subpar feature or hardware compromise. 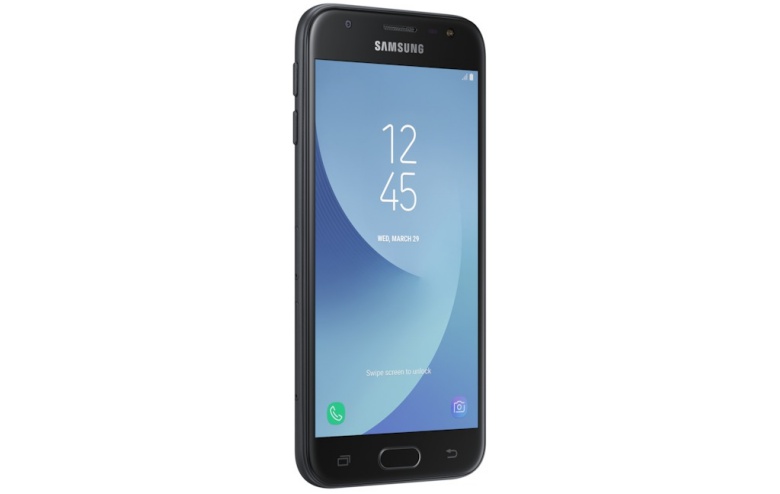 The Galaxy J5 (2017), for instance, only provides 2GB RAM and 16GB local digital hoarding room in a “global” variant, bumping up the battery capacity to a respectable 3,000mAh but merely increasing the 2017 J3’s display size to 5.2 inches while retaining the HD, aka 720p, resolution.

This is priced at €279 ($315), and slated for a European launch later this month, followed by the €339 Galaxy J7 (2017) in July. Both the upgraded J7 and J5 sport 13MP rear and 13MP front snappers, octa-core 1.6GHz chipsets and fingerprint scanners, with the former jumping to 3GB RAM, a 5.5-inch Full HD AMOLED panel, and 3,600mAh juicer. At least it sounds like the wait was worth it for Samsung fans not able to afford the ultra-high-end GS8 or S8+.