Far from what you’d call special or eye-catching mobile gear, the entry-level Samsung Galaxy J2 Pro (2018) and mid-range Galaxy On7 Prime have come out in Vietnam and India respectively.

You probably didn’t stay up many nights dreaming about the ultra-low-end Galaxy J2 (2018) after that massive leak last month. But if you’re inexplicably interested in 2018 in plasticky 5-inchers running Android 7.0 Nougat, sporting qHD screen resolution and packing 1.5GB RAM, you should be happy to see the entry-level handset officially announced at last.

Also known as the Samsung Galaxy J2 Pro (2018) or just J2 Pro, the retro-looking smartphone is obviously not powerful or special enough to make a CES 2018 appearance in Las Vegas.

Instead, the chaebol’s Vietnamese website simply started listing the modest product sometime this week with absolutely no fanfare or advance notice, revealing the regional price point as the rough equivalent of $130 (VND 3,290,000). 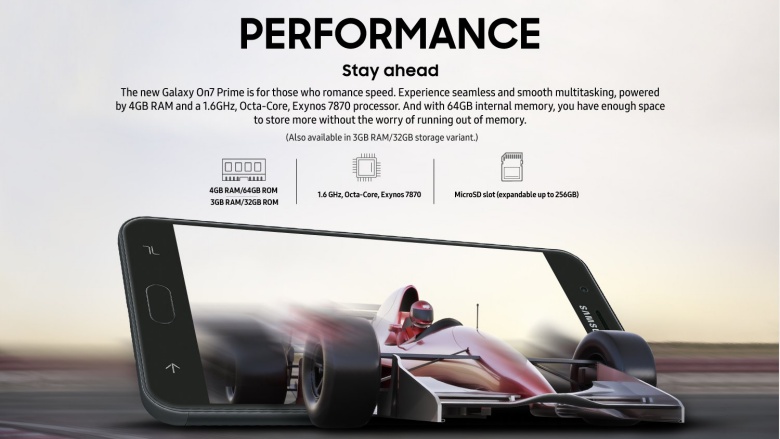 The price tag is unfortunately unspecified, as is the actual release date of the Galaxy On7 Prime, although Amazon will be sure to notify you when sales kick off if you want to register your interest. If only the bezels were thinner…