Samsung is reportedly gearing up to unveil at least two new A-series mid-range phones and a J-series device (loosely) inspired by the premium design of the Galaxy S9 and S9+, but a far humbler, less eye-catching Galaxy J2 2018 may also deserve a bit of attention from India-based bargain hunters.

There are no prizes for guessing why the world-leading chaebol is so focused on this market all of a sudden, although the J2 2018 looks like no match for the 2:1 5.7-inch Xiaomi Redmi 5 on paper.

With a “conventional” 16:9 5-inch Super AMOLED display sporting outdated qHD resolution, an unnamed quad-core Snapdragon processor (425?), single 8MP rear-facing camera, and a 5MP selfie shooter, the India-exclusive Samsung Galaxy J2 2018 sounds more than a little similar to the J2 Pro released a while ago in Vietnam and other emerging markets. 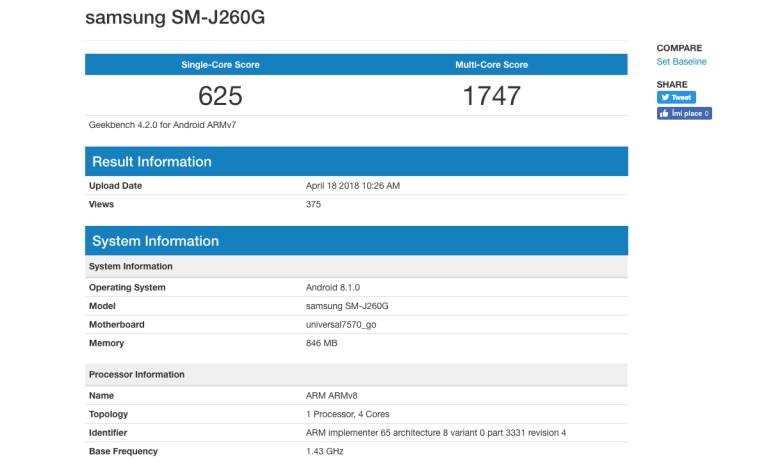 If you fancy something even cheaper, running a cleaner, leaner version of Android, a (not so) mysterious SM-J260G handset is apparently in the works with 1GB RAM and an Exynos 7570 SoC optimized for Google’s Android Go platform.

This should come loaded with Android 8.1 out the box, as well as a number of Google apps focused on using as little memory, storage and data as possible. Rumored to be branded Galaxy J2 Core, the recently benchmarked device is otherwise cloaked in secrecy.