Samsung Galaxy Fold sold out due to ‘overwhelming demand’

Samsung started sending out emails to those who pre-registered for a Galaxy Fold telling them that the device has already sold out.
Published 17 April 2019, 06:00 EDT

Remember the Samsung Galaxy Fold? Here’s our hands-on, detailed both in text and video. As promised last week, the phone is available for pre-registrations. Actually, it was, as those started on April 14, and it seems like Samsung already sold out its Galaxy Fold stock.

Those who went ahead with the pre-registrations/reservations but didn’t immediately follow through with a pre-order received emails from Samsung, telling them that the phone is sold out. You can see one such email below. 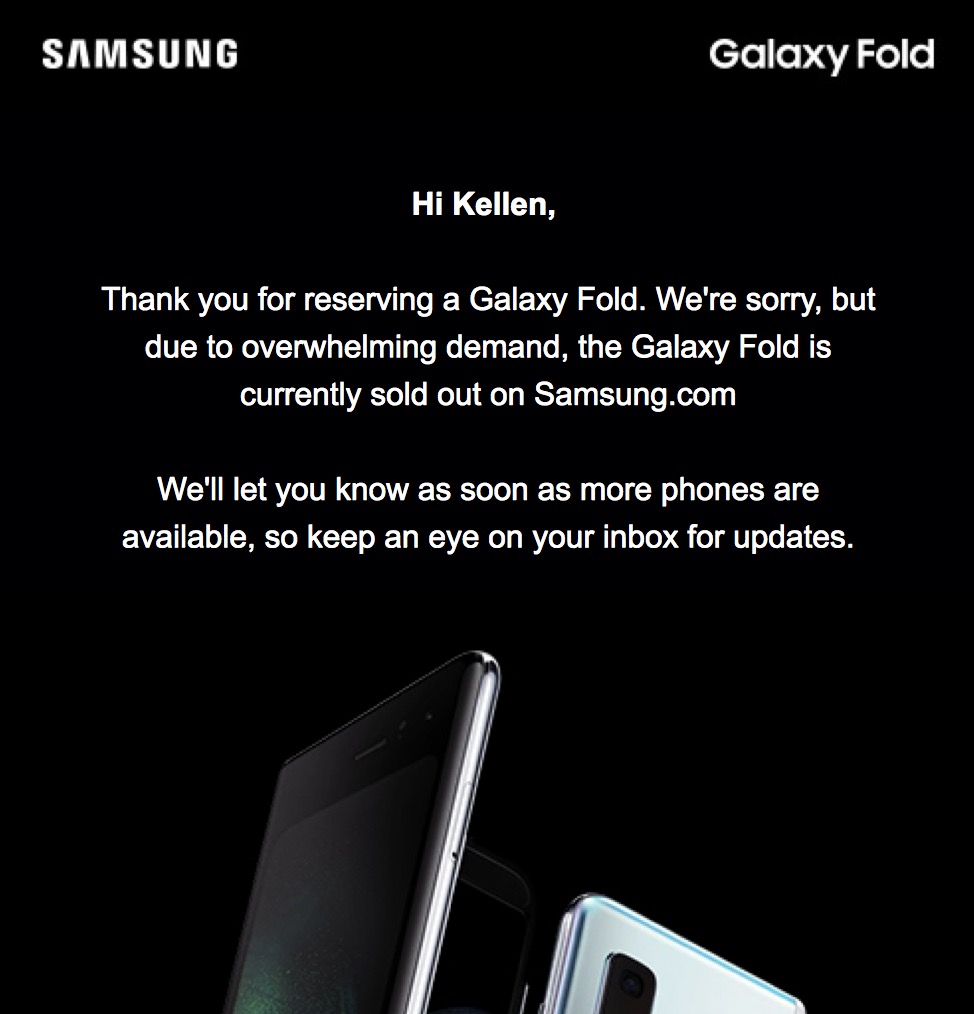