The first mass-produced folding smartphone led off the Samsung Unpacked event with a big bang. And so did the pricing, too.
Published 20 February 2019, 14:50 EST

Samsung surprised its audience at the beginning of its latest Unpacked event in San Francisco by describing and announcing sales details of its first foldable smartphone, the Galaxy Fold.

As was previewed at Samsung’s developer conference months ago, we know that the device features a 4.6-inch display on one side and a triple-camera system on the other. Opening up the device unfolds a 7.3-inch flexible OLED display with a massive top-right corner notch feature another trio of cameras. There’s a sophistocated hinge system to connect the panes together and a link up of two battery cells with a pool capacity of 4,380mAh, fed with USB-C charging. We don’t know if wireless charging will be supported. Inside is a 7nm chipset, 12GB of RAM and options for 4G LTE and/or 5G connectivity. The outside features AKG stereo speakers. 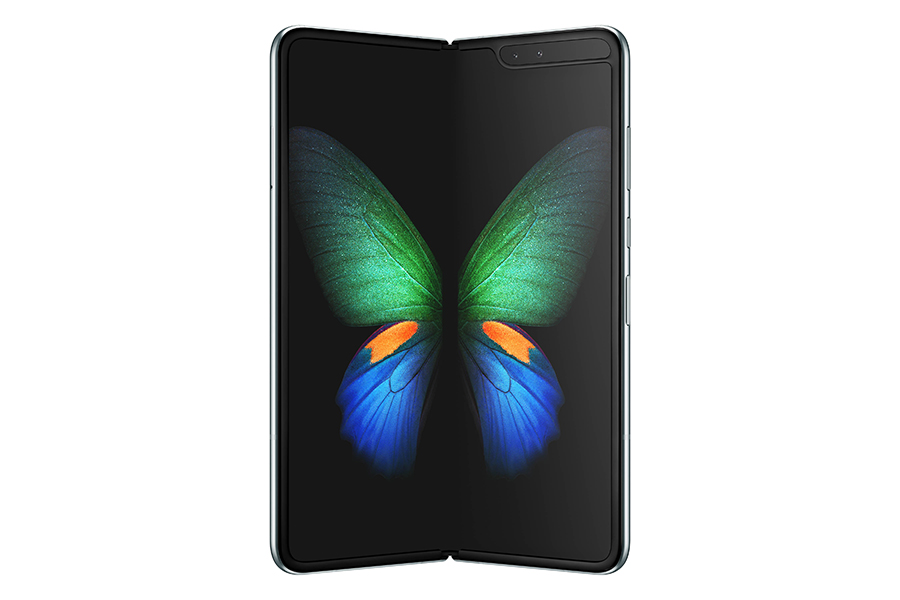 Software-wise, Android has been working to support multiple formats of foldable devices such as the Galaxy Fold’s own format. Android-based One UI has been adapted to enable three-app multitasking in tablet mode — one app taking up the whole width of the display and two others sharing the remainder.

The device features six cameras spread among its three sides. The rear cameras should be familiar to anyone who’s read the Galaxy S10 or S10+ spec sheet. Even the selfie camera has been brought out from those other devices, twice over.

A new certification confirms that the new Samsung Galaxy Z Flip 3 will be ever so slightly smaller, compared to its predecessor.

It seems that we will get a new iPhone SE 3 next year, and recent rumors suggest that it may arrive in the first half of 2022
YouTube 1.8M
Facebook 570K
Twitter 197K
Instagram 133K
RSS

In this article, we’ve combined all of the leaks and rumors to help you find out what…

In this rumor round-up, we've gathered all of the information we could find about the…