Another Samsung Galaxy F image has arrived, revealing its similarity to the others we’ve seen. Find out all about it right here.
Published 27 June 2014, 23:06 EDT

Samsung’s phone situation is getting a bit confusing. Hot off the launch of the meaty Galaxy S5 LTE-A, and with rumors of the equally-powerful Galaxy Note 4 in the air, we’re continuing to hear about a Galaxy F, reportedly to be the killer of the Galaxy S line of phones. Now we have yet another Samsung Galaxy F image, so let’s take a look.

This render just shows us more of the same. It comes from the same source as the last render (and the one before that), though, so that’s to be expected. This one’s of the same Glowing Gold hue, and we’ve got to admit, it does kind of glow.

The device is expected to have premium specs such as a Quad HD display, 3GB of RAM, and a Qualcomm Snapdragon 805 processor. None of those things have been confirmed (or even lent credence to) as part of this leak.

Apart from those points, there look to be smaller bezels than on the original Galaxy S5. Another interesting point of note (as commenters pointed out in one of our Galaxy F pieces), that September 12 is not a Wednesday this year. Go figure.

Anyone excited that this phone may be coming soon? 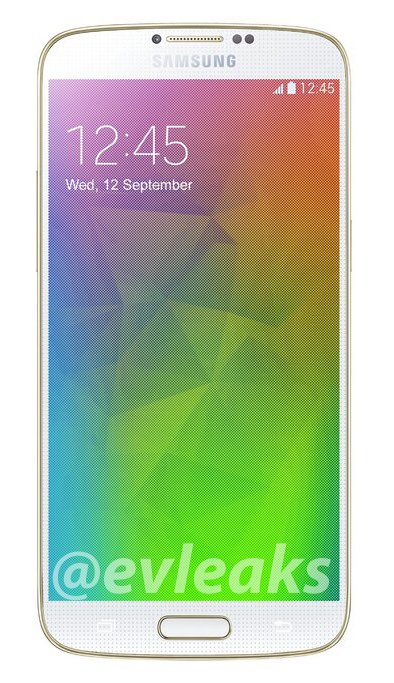