Take a look at our Samsung Galaxy Alpha vs LG G3 Beat specs comparison to see how these two competing midrangers fare when battling head-to-head.

In case you didn’t catch the announcement from South Korea earlier today, Samsung’s newest metal monster isn’t so much of a spec monster… but that doesn’t mean it can’t take on its competitors with stride. You already saw how it fared against the HTC One mini 2, so how about putting it up against the LG G3 Beat next? This is Samsung Galaxy Alpha vs LG G3 Beat.

Once you look down at the comparison chart below, you’ll realize that this one’s no competition. The Galaxy Alpha blows the G3 Beat out of the water in everything from its looks to its internals.

First of all, the screen is a good bit denser on the Galaxy Alpha, and that’s because of the 0.3-inch screen size reduction from the G3 Beat. The SoC is also able to take down Qualcomm’s Snapdragon 400 on paper in both clock speed and number of cores, though it’s entirely possible real-world use will be a whole different story. In the RAM and storage departments, too, the Galaxy Alpha walks away with an easy win, though microSD expansion capabilities and a larger, removable battery get the G3 Beat two green highlights.

Check the full chart out right down below, and look here for our continuing Galaxy Alpha coverage. 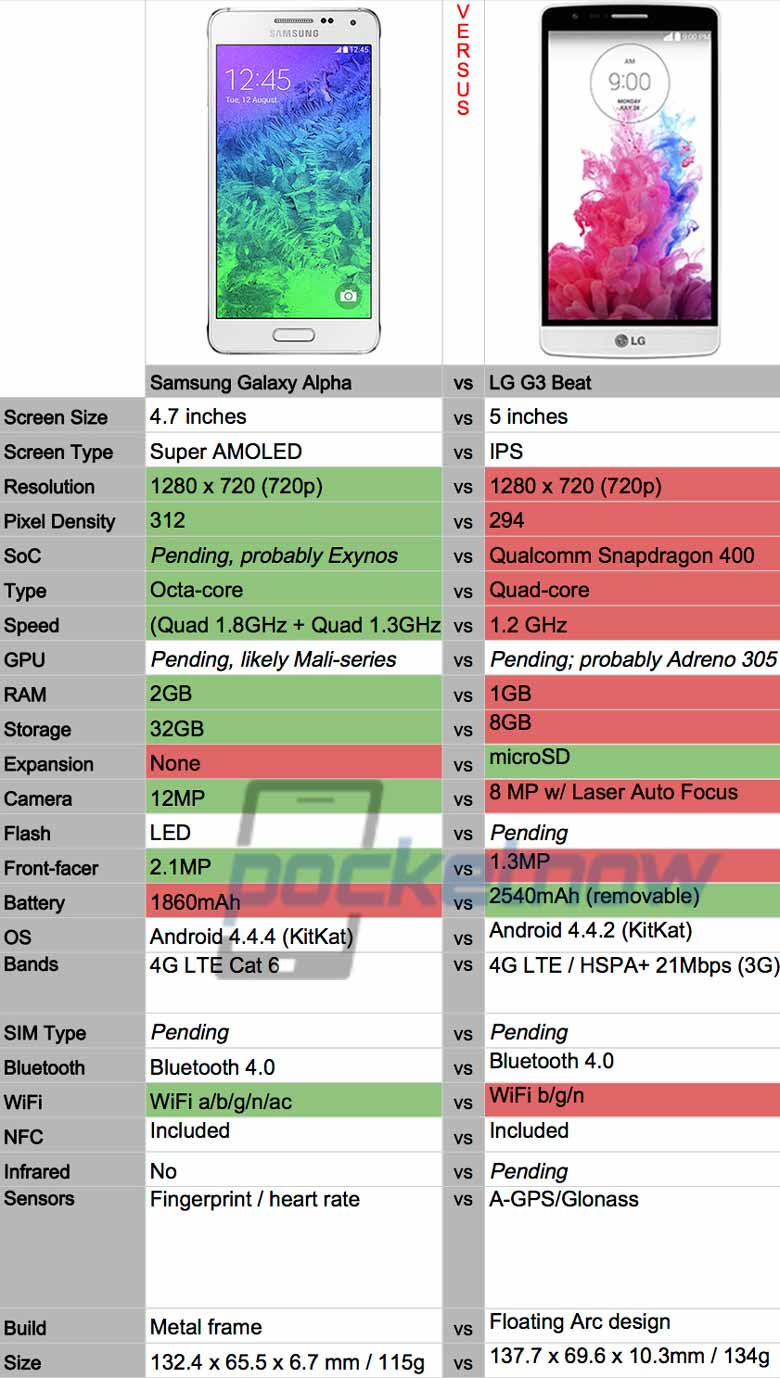