How do the specs compare between these two metal-clad midrangers? Find out in our Samsung Galaxy Alpha vs HTC One mini 2 specs comparison right here.

While specs don’t represent real-world performance (as we’ve found out in many past examples), on that front these two phones are nearly as even as can be, with five spec wins for the One mini 2, and four for the Galaxy Alpha. The One mini 2 beats the Galaxy Alpha out in the display department, with a smaller screen allowing for a higher pixel density, though the latter immediately recovers by beating out (strictly in terms of clock speed and cores) the One mini 2’s Qualcomm Snapdragon 400 with an octa-core CPU that’s probably Exynos-branded.

The Galaxy Alpha also wins in the memory and storage department, doubling everything the One mini 2 has to offer, though its camera and lack of expansion net it two more losses. The HTC phone also offers a better front-facing camera and a larger battery, though it loses out on WiFi bands at the end — not before beating out the Galaxy Alpha overall though.

While the One mini 2 nets the most wins here, we know everyone treats specs differently, so have a look-see at our comparison chart right below, and let us know down in the comments which phone you’d rather have. 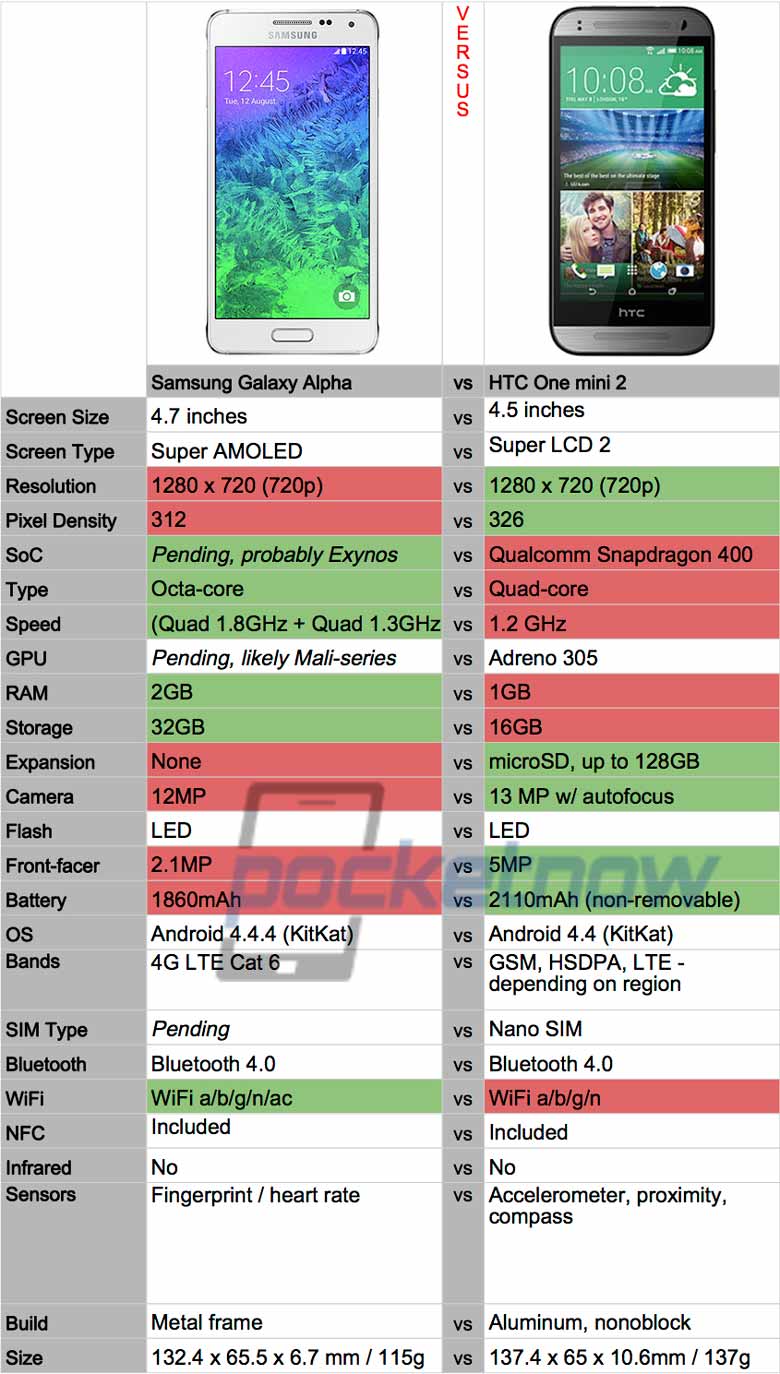 Market observers cited by the report predict that HUAWEI will sell 5-6 million units less in Europe for the March-June period.