Thanks to today’s leak, revealing the retail box of the Galaxy A90 5G, we get another confirmation on what the phone will look like, and its internals.
Published 31 August 2019, 12:00 EDT

The specs of the Samsung Galaxy A90 5G have been rumored for quite some time, even before the phone got its Wi-Fi Alliance certification. Thanks to today’s leak, revealing the retail box of the upcoming device, we get another confirmation on what the phone will look like, and its internals.

Even though not mentioned by name, the phone will feature an octa-core processor which is believed to be the Snapdragon 855. The 5G modem will be the Snapdragon X50, and helping both out will be 6GB of RAM and, for this particular model, 128GB of storage. The triple camera system contains a 48MP main, a 5MP and an 8MP supporting camera units.

The display is an Infinity U display with the notch at the top housing the 32MP selfie shooter. We’re expecting a 6.7-inch display with FHD+ resolution, and, while the box doesn’t mention the battery size, it does advertise Super Fast Charging, likely at 25W.

Samsung has been silent so far about the Galaxy A90 5G, but with all the leaks, a launch could be close, and IFA 2019 is the next big opportunity for it. 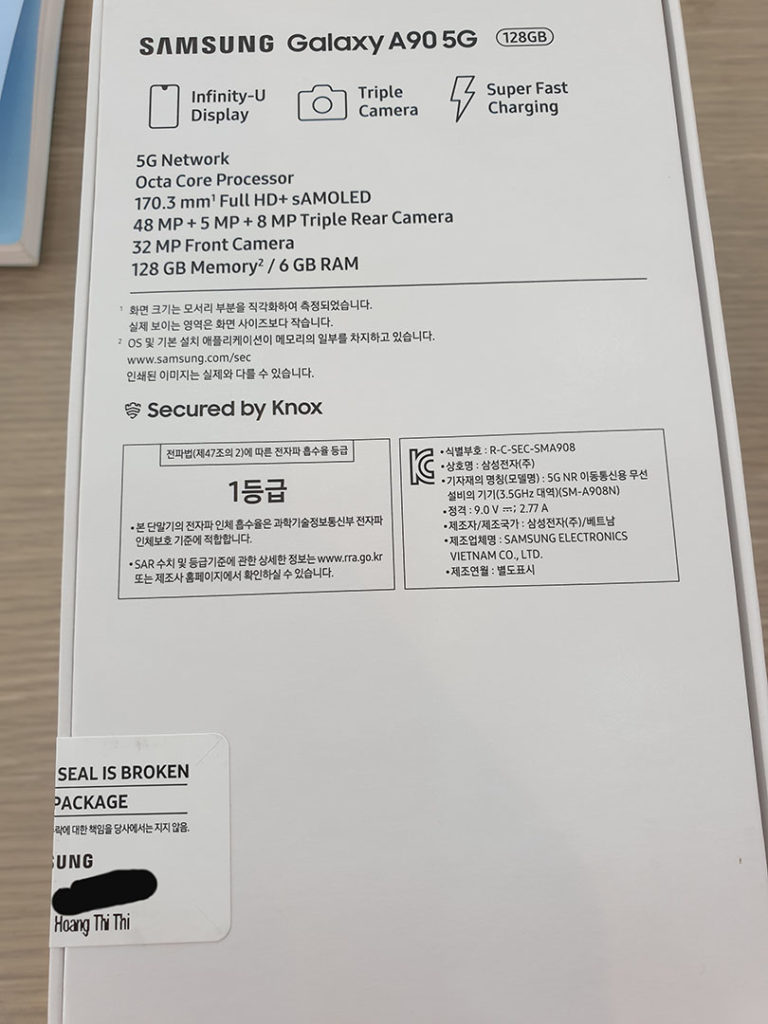 The law calling for repairability scores to be shown for Apple products actually covers electronics and electric appliances as a whole.

Kuo adds that Apple has to handle ‘key technology and mass production issues’ before a foldable iPhone becomes a real thing.