Samsung Galaxy A9 leaks in full ahead of launch, 4,000 mAh battery in tow

The Samsung Galaxy A9 holds no more secrets with a few weeks likely left until it officially goes on sale, as presentation slides are disclosed online.

Although a bigger, more technically endowed brother of the recently unveiled 2016 Galaxy A3, A5 and A7 made the Indian import, Bluetooth certification and benchmarking rounds of late, Samsung bizarrely chose to keep this presumed A9 under wraps for a while longer, possibly until CES in Las Vegas next month.

But someone probably messed up, and didn’t realize that was the case, spilling covert information all over the interwebs, and filling the upper mid-ranger’s spec sheet blanks. As suspected, the 6-inch giant seems to sport a sharp Full HD AMOLED screen, and a spanking new octa-core Snapdragon 620 processor ticks beneath the hood.

A whopping 3GB RAM will take care of your multitasking needs, and even if the Samsung Galaxy A9 looks stylish and slim, there’s somehow room for a copious 4,000 mAh battery too. Speaking of aesthetics, a hands-on video compares the 6-incher to the smaller Galaxy A7 (2016), and the similarities are obviously striking.

Metal and glass blend together for the most premium construction the Korean OEM is capable of, and if we were to speculate, we’d say the A9 measures no more than 8mm thick. So yeah, you’re looking at a robust yet slender device, long-lasting and powerful, not to mention good for capturing stellar 8MP selfies and decent 13MP “normal” photos. 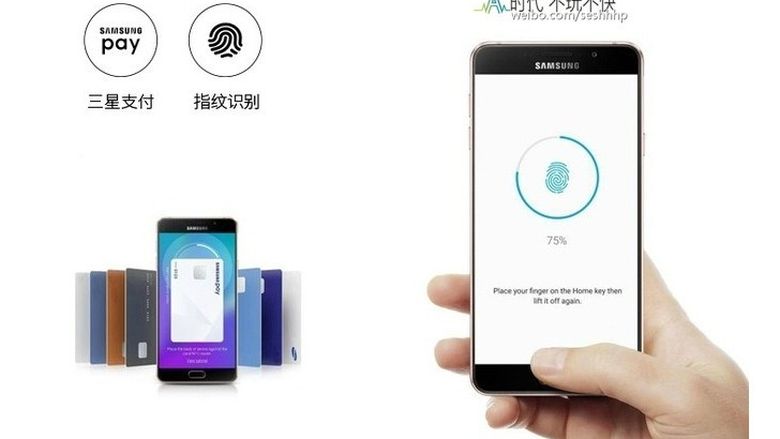 Like the new A5 and A7, the A9 should incorporate a fingerprint scanner into a physical home button for extra-safe authentication and Samsung Pay transactions, accommodate 32 gigs of data internally, and for some reason, run Android 5.1.1 Lollipop out the box, with 6.0 Marshmallow around the corner.

OnePlus is not only introducing a new logo, but it also changes the way it conveys its Never Settle message. Check out the changes!