Recent Galaxy A8s leaks suggest it will be Samsung’s first smartphone with a punch hole Infinity O display. What does this mean for the Galaxy S10?

Things aren’t clear at all when it comes to the Samsung Galaxy S10. The company’s plans are kept under tight wraps, but that doesn’t stop the rumor mill from turning. The latest speculation from last week was started by what was claimed to be an Infinity O display with a punch hole, attributed to the Galaxy S10. That, however, could turn out to be the screen assembly for the Galaxy A8s, which may or may not hint towards the Galaxy S10 design.

Onto the leak: a press render (above) has been leaked and it clearly shows a camera residing in the cutout of an Infinity O display. The report suggests that while the punch hole for the camera is 6.7mm, the one on the future Galaxy S10 will be 2-3mm smaller. Now, whether this information is credible or not is up to you to decide, but we’d advise you to be skeptical for now.

A second image (below) that was leaked depicts a screen protector for the same phone. This too shows a hole for where the front-facing camera would reside. This could be a clear indication that the Galaxy A8s will be the world’s first punch hole smartphone, but it is too early to speculate on any future resemblance with the Galaxy S10. This is even more controversial if you consider the recently leaked, alleged Galaxy S10 screen protectors that feature no hole. Granted, only the entry level of the three models is expected to have one.

While talking about the Galaxy A8s, rumors suggest a triple camera setup similar to the one on the recently announced Galaxy A7. Some reports talk about a Snapdragon 670 or 675, the possibility of up to 6GB of RAM, 64- or 128GB of internal storage. 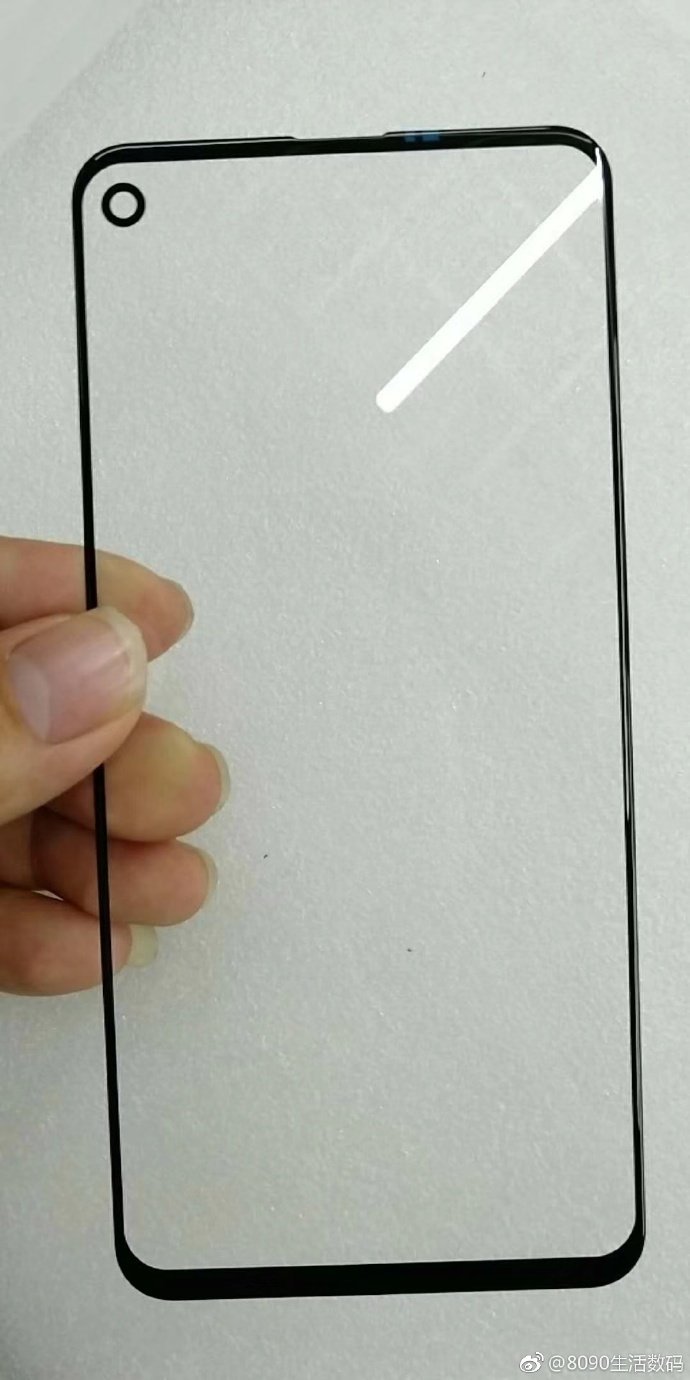 It may be the world's first hole in the screen smartphone: Galaxy A8s pic.twitter.com/dBQfgUXed2