If the leaked CAD-based renders and accompanying intel from last month weren’t enough to tell you everything you needed to know about the upcoming Galaxy A7 (2018) and A5 (2018), an unidentified case maker adds fuel to the speculation fire today with new images of the two unreleased mid-range phones.

These are as clear as crystal (pretty much literally), showing the 2018 editions of the Galaxy A5 and A7 covered by transparent protective accessories. We obviously can’t be certain of the illustrations’ legitimacy and accuracy, but they seem to strongly resemble that first batch of CADs.

They also confirm the expansion of Samsung’s eye-catching “Infinity Display” designs to the company’s non-flagship devices next year, with the fingerprint scanner moved to the back, right below a single main camera. 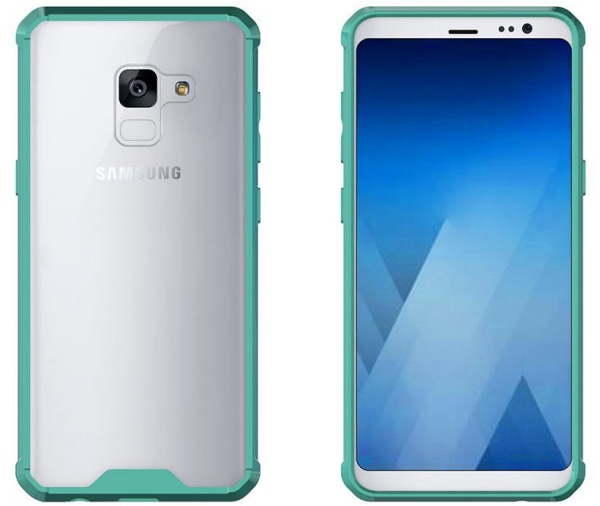 Interestingly enough, both the Galaxy A7 and A5 (2018) appear to feature dual front-facing shooters, something no Samsung phone has offered before. It remains unclear if there’s also a Galaxy A3 (2018) in the pipeline, and if there is, how many premium specs can be included at a presumably low price point.

We’re still hoping the A5 and A7 (2018) can keep retail costs affordable, which feels highly unlikely for the latter in a 6GB RAM configuration. Both handsets should pack Exynos 7885 processing power, also sporting Full HD+ (2160 x 1080 pixels) resolution on 5.5 and 6-inch AMOLED screens with 2:1 aspect ratios and razor-thin bezels.