Is there anything of substance left to be revealed concerning the second-generation upper mid-range Samsung Galaxy A7? Or its smaller 2016 A3 and A5 brothers, as well as the A9 head of the all-metal, non-flagship lineup?

Well, we would like to know for sure which of the four will support fingerprint authentication and work with the Samsung Pay digital wallet service, for one thing. Also, the Samsung Galaxy A7 (2016), aka SM-A710X, let us in on its key specs after visiting GFXBench, but now, an AnTuTu speed test alters a paramount feature.

For better or worse? It’s hard to say, since the Exynos 7 Octa 7580 SoC listed at the latter benchmarking authority inside the A710F/A710S/A710K is a relatively fresh silicon, previously used to power only the Galaxy J7 phone and gargantuan Galaxy View tablet.

Meanwhile, the Qualcomm Snapdragon 615 alternative helped drive the original Galaxy A7, plus a host of other handhelds including the Moto X Play, HTC Desire 826, and Sony Xperia M4 Aqua. It’s entirely possible the “international” A7-2 will be packing the SD615 CPU and accompanying Adreno 405 GPU, with Korea-only models powered by the Exynos 7580 and Mali-T720. 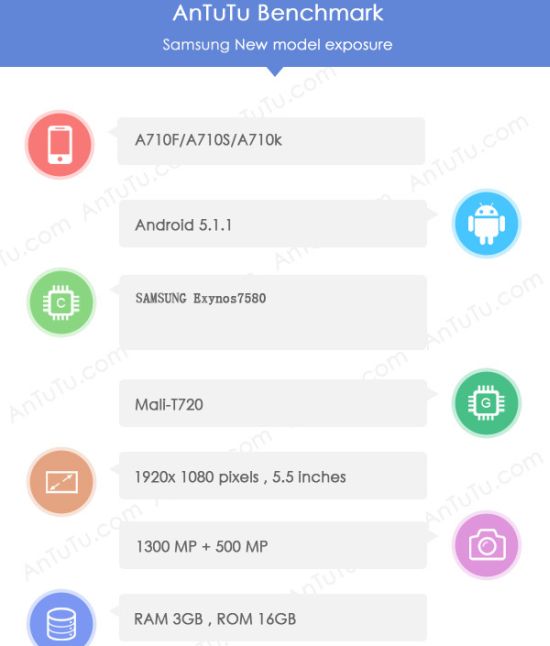 A 5.5-inch Full HD screen, 3GB RAM, 16GB ROM, 13MP rear-facing camera, 5MP selfie shooter, and Android 5.1 Lollipop software should be offered regardless of the region you purchase the Galaxy A7 (2016) in, with Bluetooth SIG certification suggesting a commercial global launch could be right around the corner.

What the regulatory agency and all other sources neglect to tackle is battery size, and of course, we’d love to hear about a pre-release Marshmallow update too.

Flipkart’s Big Billion Days sale will be live from September 29 to October 4.

On today’s Pocketnow Daily, we talk about the new possible variant of the Google Pixel 5, the new Moto RAZR 5G, and more.