The Samsung Galaxy A5 (2016) and Galaxy A7 (2016) look even better than their arguably fashionable predecessors in unofficial live images, with glass backs
Published 16 November 2015, 04:26 EST

Samsung heard the outcries of its fans for more emphasis on smartphone designs and build quality loud and clear, entering a new chapter of the company’s evolution with the aluminum-framed Galaxy Alpha over a year ago.

The full-metal Galaxy A roster quickly followed, then the Galaxy S6 and S6 Edge came to light blending snazzy alloys and robust Gorilla Glass 4, and the Galaxy E family also cultivated a decent budget following with a plastic rear and metallic enclosure.

What might come next for the increasingly imaginative Korea-based architect team? 100 percent flexible handhelds, hopefully, and on a more mundane note, a further refinement of Galaxy A construction.

We already know upgraded 2016 editions of the A3, A5 and A7 are in the works, alongside an all-new gargantuan A9. We even saw the smallest two members of the quartet pictured in the flesh, and now, the second-gen Galaxy A5 poses for Mr. Blurrycam again, accompanied by the A7 (2016). 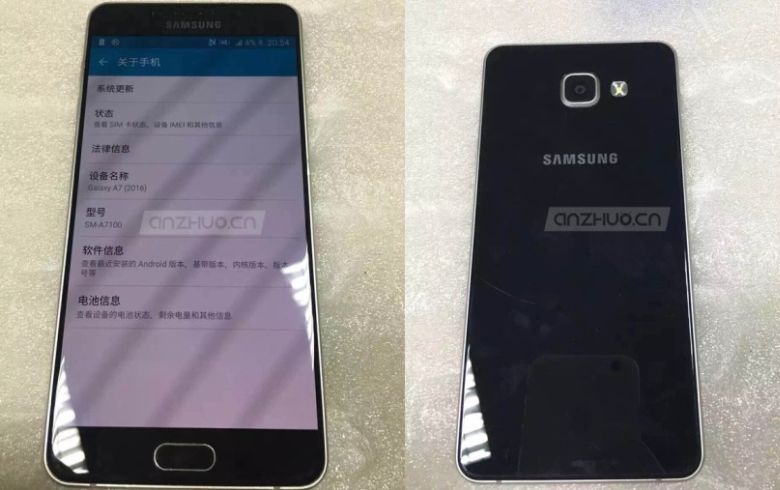 The much sharper live photos seem to suggest both upper mid-rangers will feature glass back covers in an attempt to basically replicate the GS6 design magic for cash-strapped buyers. Or it could be just the surrounding lighting in the images, and metal used everywhere on the Samsung Galaxy A5 (2016) and Galaxy A7 (2016).

Either way, there’s absolutely no trace of chintzy plastic, and coated in gold or black, the two phones look equally enthralling. Too bad they won’t exactly come cheap, with 5.2 and 5.5-inch Full HD screens on deck, 2 and 3GB RAM respectively, powerful Exynos and Snapdragon processors, as well as 13 and 5MP cameras.

Wondering what the Samsung Galaxy S21 Ultra brings to the table in terms of internal hardware? Here’s a quick breakdown of its specs.

Apple’s progress is reportedly limited to folding screens as of now, and it doesn’t have a working prototype of a foldable iPhone yet.