Although Samsung skipped the traditional year-end introduction of new mid-range Galaxy A Android handhelds, the Note 7-hurting chaebol couldn’t wait until CES 2017 to take the wraps off those three oft-leaked “stylish, powerful and practical” non-flagship models.

As expected, the Galaxy A3 (2017), A5 (2017) and A7 (2017) all look dazzling for their rumored price points, what with “premium” metal frames, 3D glass backs, and a snazzy spectrum of paint jobs including Black Sky, Gold Sand, Blue Mist and Peach Cloud.

That’s right, even the compact, low to mid-end 2017 edition of the A3 can withstand water immersion, also featuring MST and NFC technology for full Samsung Pay support, and hiding a fingerprint reader underneath its physical home button. 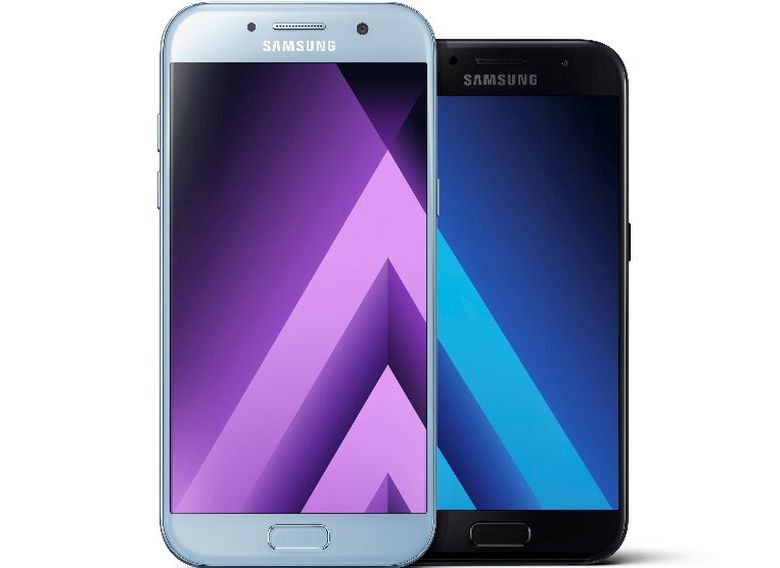 HAUWEI P40 is the new photography-centric flagship phone on the block, but how does it fare against the HUAWEI Mate 30 on paper? Check it out here.
YouTube 1.8M
Facebook 571K
Twitter 196K
Instagram 134K
RSS