Find out how the company is trying to explain its Samsung European region locking practices.

We’re well used to seeing smartphones bought for use on one specific carrier to arrive with a SIM lock, preventing users from easily swapping-out and moving to a competing carrier’s SIM. It’s annoying, but not unexpected, and we’ve largely been able to avoid it by purchasing unlocked phones off-contract. But then earlier this week, news arrived that the Samsung Galaxy Note 3 would feature a little more elaborate locking; no matter where you bought it in Europe, the European version of the hardware would be locked to only accept SIMs from European providers, seemingly preventing the phone’s export to other continents. What the heck is going on? Samsung has now issued a statement about this limitation, though we’re not sure if it adequately addresses the issue.

The company clarifies exactly which devices fall under this restriction, explaining, “the regional SIM card lock only affects the following Samsung models that are produced from the end of July 2013, and provided with a corresponding sticker: Samsung GALAXY S III, II, GALAXY Note, GALAXY S4, S4 GALAXY mini and the GALAXY Note 3”

Now, translation issues are getting in the way a little here (Samsung’s original response is in German), but Samsung seems to say that even if you import from Europe, so long as one of these phones hasn’t already been activated in Europe, your carrier should be able to unlock the phone for a local SIM: “If purchased in the European Union and not yet been put into use to be activated for the first time abroad, users can unlock their device for the region free from local Samsung service partners.”

That’s promising, we suppose, but none of this addresses the root question: why is Samsung doing this in the first place, and what businesses does it think it has restricting how customers buying their Note 3s free-and-clear can use them? 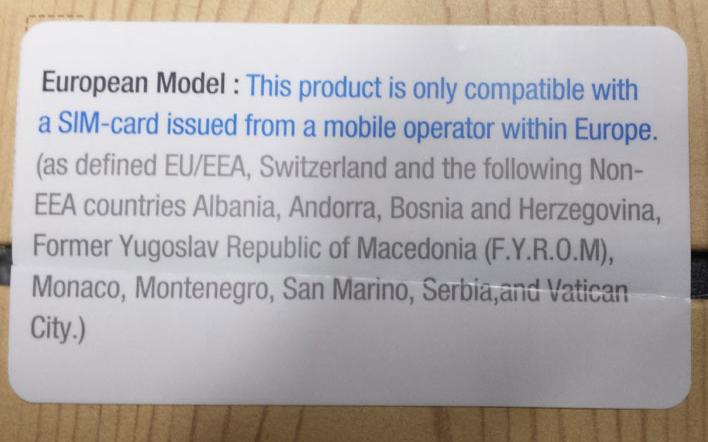 Source: All About Samsung (Google Translate)
Via: SamMobile