Samsung Electronics mobile chief Dong-jin Koh is visiting Wuhan, China, to have a chat with fans of the brand and he’s certainly feeling the love.

He tried out some dry-fried noodles and took some questions from the fan club. Weibo user ShungNin was at the event and was able to capture a few choice quotes from Koh.

For one, he says that no matter how the Galaxy S10 senses fingerprints, be it on a capacitive sensor or an in-display solution, it will not be inconvenient to use. He also said that the Bixby 2.0 platform and its APIs will be open to third-party developers for all the AI tasks and that Samsung Pay will come to China through the Gear S4. 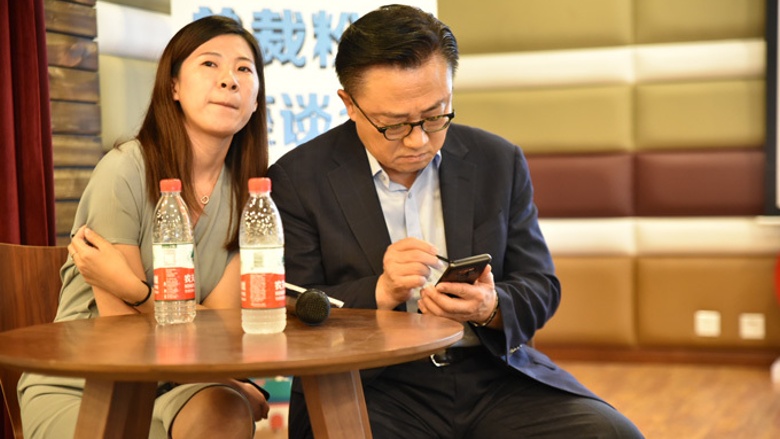 But then there was the observation that Koh was also using a Note device to take… notes, of course. Observers have been poring over the camera module and, based on its stubbiness, seem to think that this device is the Galaxy Note 9. To be fair, some executives have been more than willing to flaunt future hardware releases like Xiaomi’s Lei Jun. But for a relatively conservative brand like Samsung, this is quite the bold step.

Koh pledged to make these trips to China monthly — part of it is to relieve some of its sagging market share as more consumers choose domestic brands as well as Apple. Meanwhile, the Note 9 will be launched on August 9 with sales perhaps as soon as August 24.

Today’s best deals come from OnePlus and Amazon.com, where we find the OnePlus 9, Apple accessories for your iPhone 12, and more