Can Samsung DeX succeed where Microsoft failed? Should it?

Samsung DeX is Samsung’s version of Continuum. A noble sentiment, but is it a solution looking for a problem? We suspect it might be.

I have been blessed in many ways in my life. I have a nice house in the suburbs of Chicago. My wife and two children are all reasonably tolerant of each other (and of me). I have two great jobs that I love – one here and one in downtown Chicago. But probably one of my crowning achievements is likely the fact that I have never, ever, had to build a PowerPoint for anything. I’m probably too proud of that fact, to be honest.

So every time an OEM proudly displays how you can slip your phone into a dock and edit PowerPoints on your phone, it has little appeal to me. But there was Samsung this past Wednesday, proudly showing off how you can whip up a quick PowerPoint, right on your phone – as long as you have a spare monitor, mouse, keyboard, and $150 DeX docking station. Samsung, you may remember, was not the first to do this. 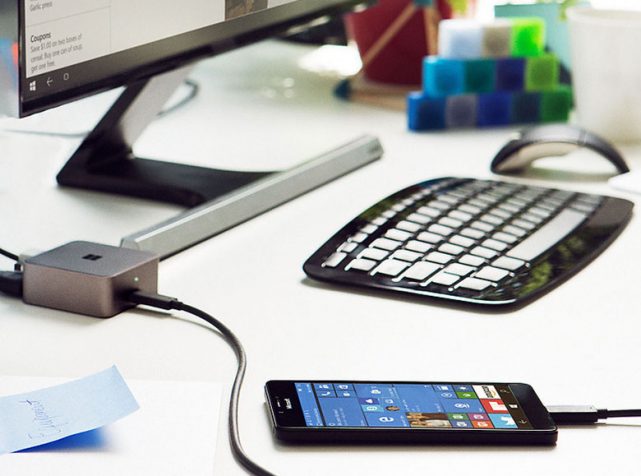 Continuum was Microsoft’s creation – turn your phone into a PC, much like what Samsung is doing now. And the point of this is not to point fingers at Samsung and say “Neener neener, we were first”. The point is that this is a concept that OEMs have been chasing for some time now. I had the pleasure of trying out Continuum not too long ago, and it was – ok I guess. But it certainly didn’t fill any void in my life.

Because Samsung still has the same problem Microsoft did – extra hardware that is literally not being used for anything else. Very few people are going to have an extra monitor, mouse, and keyboard laying around not being used by a CPU. So maybe DeX is DOA out of the box. Moreover, the DeX dock is going to cost an extra $150, which is a pretty big barrier of entry. But that’s still not the main point I’m trying to make here.

Just because you can…

The real point, that no one is really addressing is: should our phones be turned into computers? Because I for one am not so sure we’re there yet. Don’t get me wrong, today’s phones are pretty powerful. Today’s phones are running top shelf gaming and VR and a whole host of things my first computer back in 1984 wouldn’t even think about trying to do. But that computer was built to accomplish 1984 tasks. Our needs as a society have evolved since then.

We need to make PowerPoints now.

I totally get that making a PowerPoint on your phone would be, at best, trying. The phone is not built to create like that. Computers are. And computers are pretty darn portable – even the ones that can make PowerPoints. There is little stopping you from slipping a thin laptop into your bag and toting it to and from work, like I have been doing for the past three years. A phone is more portable, sure, but the DeX dock and associated accessories aren’t. 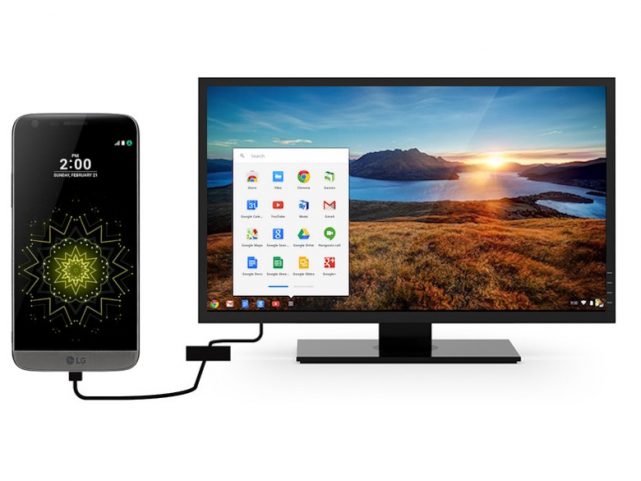 …doesn’t mean you should

Ideally, there will be a company, some day, that saves a ton of money by equipping all of its cubicle smurfs with Galaxy S8s, and a monitor, mouse, keyboard, and DeX. Maybe that company will provide the same equipment to work from home too. Suddenly, this doesn’t seem like an inexpensive solution anymore – but let’s press on. Maybe those employees will really enjoy using their phones as CPUs to make PowerPoints, and fill out TPS reports, and all that jazz. That would be a wonderful company to work for if for no better reason than the bleeding edge tech.

But I’m not sure we’re there yet. Hopefully some day, we will be. Hopefully, some day I’ll be able to leave my laptop at work and cut together videos on my phone. That day is not today, and tomorrow’s not looking good either. Maybe some day, I will need to make a PowerPoint, and maybe I’ll have DeX to do it with. But I sure hope not. The PowerPoint, I mean.