One in Louisville on Wednesday and another in Farmington, Minnesota on Friday. Now we learn of a third Note 7 bursting into flames… from Tuesday.

Another day, another explosion about the Galaxy Note 7.

Not only did another phone burn to a crisp among the many others that already have, but it seems that Samsung mismanaged its response to an afflicted customer.

Speaking of the event itself, it’s the second Note 7 that went up in smoke this week in the US and in the state of Kentucky, no less. It actually happened a day before a device smoked up a Southwest Airlines plane in Louisville, forcing its occupants’ evacuation.

And while Samsung fumbled on the response for that Wednesday event, AT&T has since started considering a flat-out end to Galaxy Note 7 sales.

“try to slow him down” 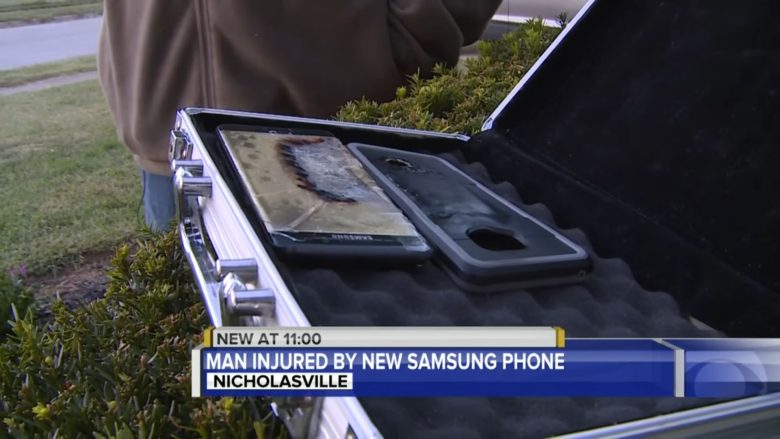 WKYT-TV reports that it was around 4am on Tuesday when Michael Klering and his wife woke up to a smokey bedroom. He turned his head and found that his smartphone, unplugged and idle, had caught fire.

Several hours after it was put out, Klering started vomiting black bile. He drove himself to the hospital and was diagnosed with acute bronchitis. The local fire department was notified by the hospital and it issued a report saying that he was affected by smoke inhalation.

The common tie between this case near Lexington and the Louisville Note 7? Both were units issued to replace ones affected by the September recall over reports of explosive batteries.

Samsung contacted Klering to see if it could take possession of the phone. He declined the request, but did x-ray the phone and was reimbursed for the cost. In the midst of his text exchange with customer care, though, this text to him popped up:

Just not got this. I can call and try to slow him down if we think it will matter, or we just let him do what he keeps threatening to do and see if he does it.

As far as we know, WKYT’s Saturday night report was the first we heard of this explosion that happened on Tuesday.

“It made me think you know they’re not taking this serious enough and it’s time to move on,” Klering said.

A Chinese owner of a replacement Note 7 that exploded in his possession also refused to turn over his device for fear of Samsung not handling his case properly. This, in part, led to the Chinese government’s condemnation for how the company has wrangled through its recall process.

Add to that a third explosion of a replacement unit that happened on Friday in Farmington, Minnesota, with another Consumer Product Safety Commission investigation underway and you could see where the shutdown trigger may be for carriers moving ahead.

AT&T mulls over the end 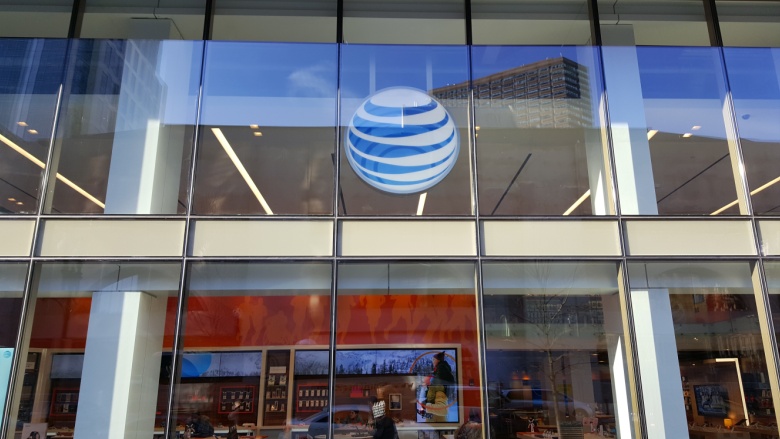 On Friday, Samsung issued a further general statement to the carriers and the consuming public on the replacement Note 7 units, saying that it is working on its investigations after “recent reports” of a few of them exploding.

We continue to move quickly to investigate the reported case to determine the cause and will share findings as soon as possible.

We remain in close contact with the CPSC throughout this process.

If we conclude a safety issue exists, we will work with the CPSC to take immediate steps to address the situation.

These measures might not be enough for AT&T, though.

That evening, Bloomberg reported from a source that the carrier may decide on ending sales of the Note 7 by next Friday. This, even after Sprint, T-Mobile and Verizon have started general sales for replacement units — AT&T has not.

Samsung reported operating profit of over $7 billion in its latest fiscal quarter, which ended weeks after it issued a global, voluntary recall of its initial batch of the Note.