Samsung clamshell foldable smartphone folds out not it, patent reveals

Just weeks after revealing the Galaxy Fold, rumors of Samsung working on not one, but two different foldable smartphones have surfaced. We should prepare to see them within next year, and, as much as Samsung has criticized Huawei’s out-folding approach, and vice versa, the Galaxy-maker might go down the same path.

A recently uncovered Samsung Display patent filing from September 21, 2018, filed with WIPO (World Intellectual Property Organization), describes a foldable clamshell smartphones. Interestingly, it adopts the out-folding design of the Huawei Mate X, where the clamshell foldable smartphone folds out with a latch holding it in place.

As described by the illustration below, the device seems to be rather compact. Following the heavily-criticized out-folding design principle would expose the display to scratches and other types of damage, but, at the same time, it would offer additional UX features. We’ll probably hear more about this in the coming months, if Samsung is indeed serious about the project. Patents, in general, don’t necessarily mean that we’ll see a commercially available product. 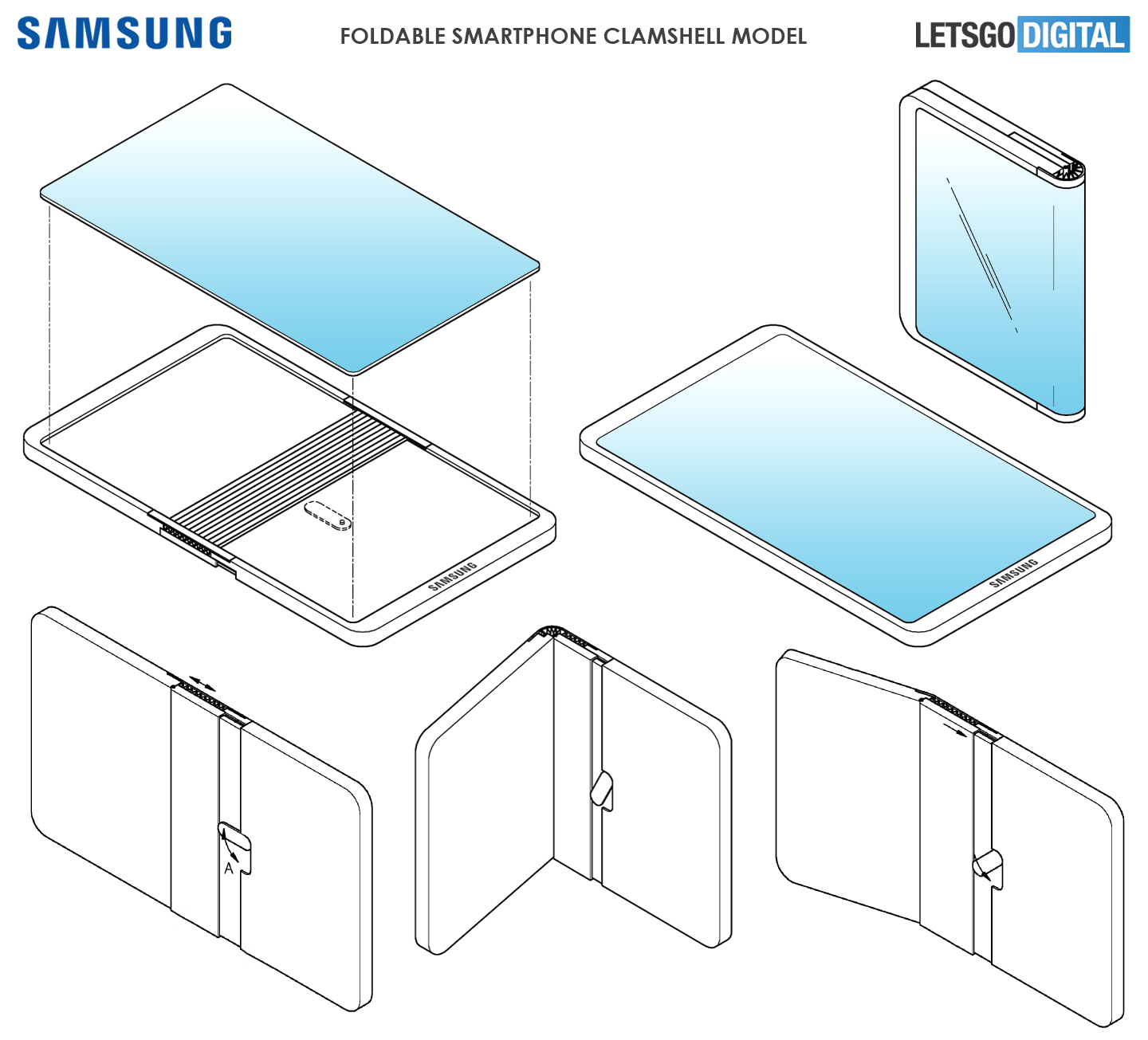 It features Optical Image Stabilization (OIS) on all four cameras!