The new Samsung Chromebook Plus (V2) is probably not the world’s most powerful, versatile or stylish Chrome OS laptop, but it’s got a built-in pen.

For a company that’s primarily focused on mobile devices, Samsung sure unveiled a lot of Windows 10 notebooks these past six months or so, in different sizes and with various premium features in tow, catering to more than one target audience, including “general”, cash-strapped users.

But it’s been a while since the “number one leader in the premium Chromebook market” last released a versatile, portable and premium Chrome OS design. Enter the Samsung Chromebook Plus (V2), equipped with a generic built-in pen, just like its predecessor, and priced at a relatively affordable $499.99 and up.

Considering that starting tag, the refreshed 12.2-incher’s list of features is certainly not bad, including everything from a Full HD touchscreen to an upgraded Intel Celeron processor (3965Y), two cameras, and a “long-lasting” battery. 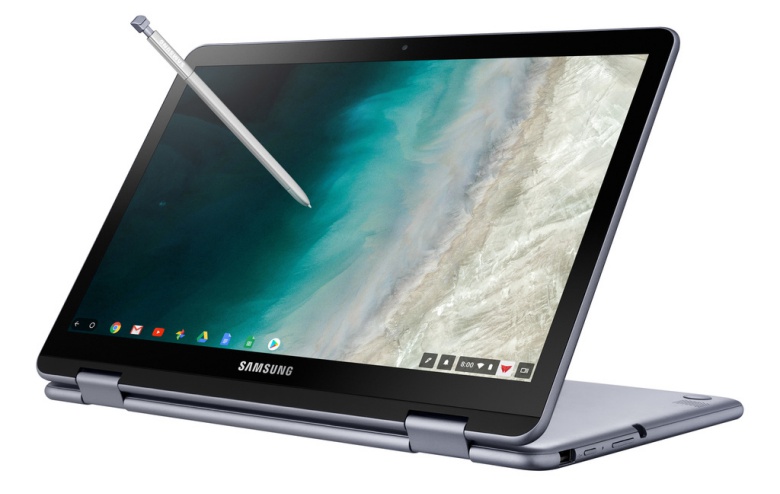 You can’t detach the display from the keyboard base, but the Chromebook Plus (V2) is technically a 2-in-1 convertible computer capable of folding into a tablet mode… of sorts. It’s also not very thick or bulky, weighing less than three pounds, despite combining plastic with glass and aluminum for a decently robust construction.

The keyboard can withstand spills up to 60cc, and the rounded edges claim to offer users a “comfortable grip whether it’s being used as a notebook or a tablet.” With 4,096 levels of pressure sensitivity and tilt recognition, the “battery-free” stylus accompanying the new Samsung Chromebook Plus sounds extremely similar to the Note 8’s S Pen.

The rest of the specs are at the very least adequate, from a 13MP rear-facing shooter with autofocus to a basic 1MP front camera, 4GB RAM, 32GB internal storage, microSD support, two USB-C ports, one USB 3.0, and a 3.5mm headphone jack. US sales will be underway June 24 at Best Buy.