The Samsung Charm is promoted as “a new type of wearable”, but it has little going for it besides a swanky appearance.

Effectively over since Monday, this year’s Mobile World Congress crammed a bunch of high-profile product announcements into the space of just a few hours on Sunday, including the LG G5 and its “Friends”, and the Galaxy S7, S7 Edge and their own compatible accessories.

Our tireless team on the Barcelona ground could only keep up with so many 360-degree action cams, photography-enhancing modules and tools, and device comparison videos. Naturally, a couple of lower-key MWC rookies slipped through the cracks, like the Samsung Charm.

Billed as “a new type of wearable”, the “lifestyle band” is hardly innovative as far as capabilities go. It’s basically a low-end rival for the likes of the Xiaomi Mi Band and Fitbit and Jawbone’s cheapest activity trackers.

It even probably loses the functionality battle against the Mi Band Pulse or 1S, given it doesn’t appear to measure heart rate. But it’s sure pretty, sporting a “minimal jewelry design”, and it can definitely pass for a traditional, stylish bracelet, suiting both men and women in bar and square form factors, with three color options – “Rose Quartz”, black, and gold. 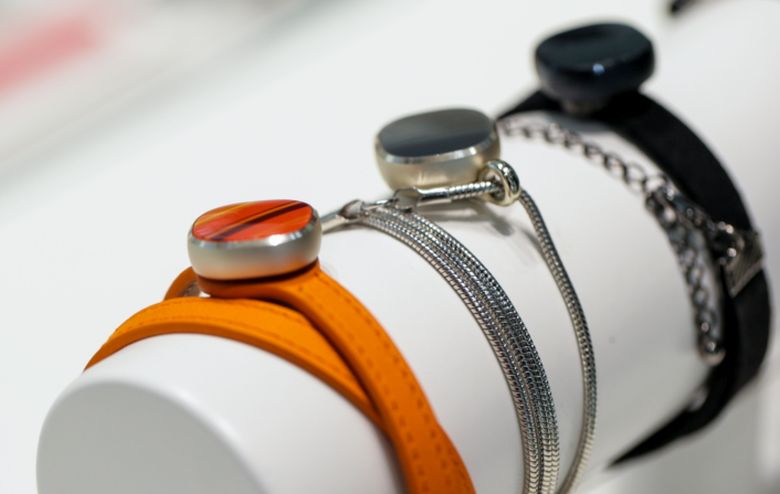 Unfortunately, mum’s the word on pricing, which is rarely a good sign, and Samsung doesn’t want to share ETAs either yet. Capable of easy Bluetooth synchronization to Galaxy phones, the Charm smart band counts steps, monitors distance covered by its wearer, and estimates calories burned, lasting up to 18 days (with LED notifications disabled) on a single 17 mAh battery charge.