Is The Samsung ATIV S Worth Waiting For?

Samsung’s first Windows Phone 8 device has our attention with its huge screen and expandable memory. But after so many delays, how does the ATIV S compare against competition from Nokia and HTC? Read on to find out.
Published 12 December 2012, 17:39 EST

Products sometimes hit the market later than expected. That’s true in any field, and the world of mobile technology is no exception. We’ve seen countless delayed smartphones and tablets -including the just-launched HTC One VX, hitting shelves much later than anticipated– so at first glance all the fuss about the ATIV S seems a little like an overreaction.

With all of that buzzworthy bling dangling off the ATIV S, it’s no wonder its late arrival has garnered a fair amount of attention. But now, with the device about to hit retailers worldwide, the question must be asked: has it been worth the wait? Of course we won’t be able to answer that properly until we give the ATIV S the full-review treatment, but we can extrapolate based on what we know now. The ATIV S isn’t launching in a vacuum, but making a fashionably late entrance into a competitive environment full of devices from HTC and Nokia that have had weeks to carve their names into consumers’ minds. Why should prospective buyers even consider Samsung’s offering at this point?

We’ve put a few quick points together, both for and against the device, below. Some of this is fact and some is speculation, and in the end you’ll need to make up your own mind as to whether the ATIV S is worth your time and money. Until you need to make that call, however, let’s walk through the ups and downs.

Totally Worth The Wait 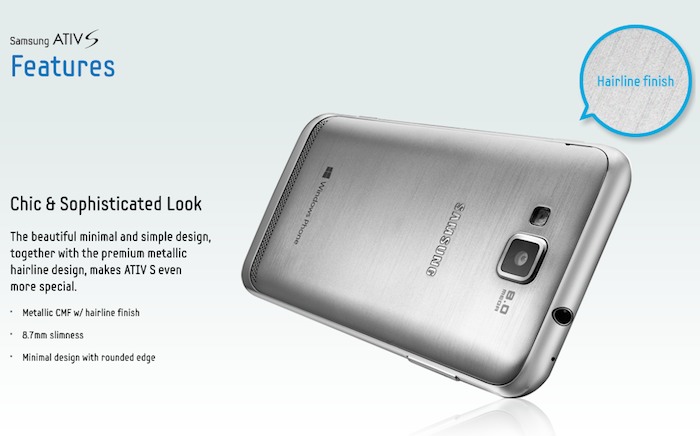 Unless you’re Nokia, it’s difficult to stand out from the crowd based on modifications to Microsoft’s mobile platform, so Windows Phone manufacturers have had to differentiate on the hardware side, instead. Samsung is no different, and the company apparently isn’t messing around when it comes to the ATIV S’ hardware, either in looks or in functionality.

At this point, Samsung seems to be targeting the ATIV S squarely at the mobile professional, with  an outer coating defined on Samsung’s website as “metallic CMF with hairline finish.” That sounds fancy until you do some digging and realize that CMF is just an acronym for “color/material/finish,” a common industrial-design industry term: it just means the plastic has been painted to look metallic, with the same faux-brushed paint job as seen on the Galaxy S III and Galaxy Note II. Still, it’s a premium look, and in concert with the pronounced metallic trim and rounded edges, it gives the ATIV S quite a high-end appearance. 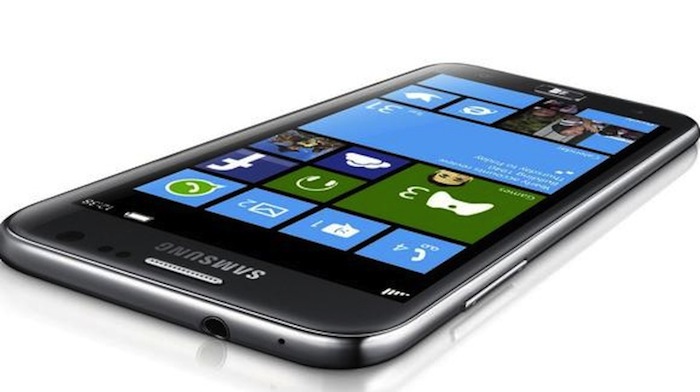 There’s also the matter of that display: a 4.8-inch HD Super AMOLED panel may be old-hat to Android users at this point, but we’ve never seen a screen that big on Windows Phone. And the resolution matches the Galaxy S III’s: 1280×720, with a pixel density of 306ppi. That means the ATIV S boasts a display that features the deep blacks and high saturation of AMOLED, without sacrificing resolution like some of its midrange cousins with their panels from 2011.

Finally, Samsung appears to have broken the curse of the modern high-end Windows Phone: specifically, the trend away from including expandable storage on premium devices. Unlike its flagship counterparts from Nokia and HTC, the ATIV S features MicroSDXC expansion up to 64GB. Coupled with the device’s 16 or 32GB of storage (depending on version), that’s roughly 80 to 96GB of potential available memory on a Windows Phone – plus 7GB of free SkyDrive storage. For some, that’s reason enough to keep carrying a torch for the ATIV S.

Too Late To The Party 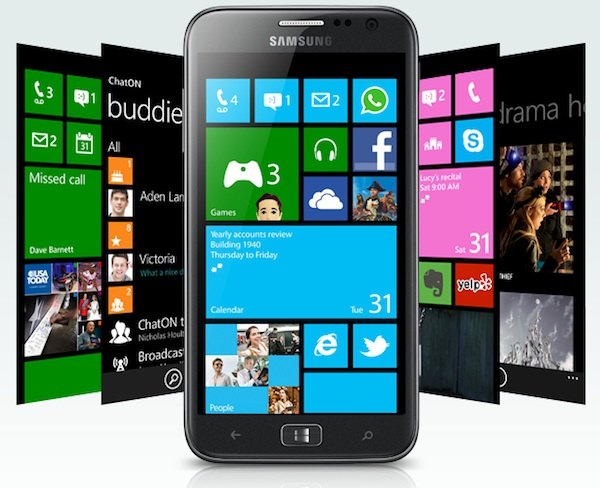 Despite all the hardware refinements and offerings, there’s still the aforementioned matter of software to contend with. Samsung is roughly on-par with HTC in this regard, both manufacturers lacking the sort of clout that preferred-partner Nokia possesses when it comes to modifying Windows Phone 8. Some of the Finnish company’s apps, like Nokia Maps, are being made available to the entirety of the Windows Phone line, but other titles in the company’s prized “Nokia Collection” most definitely aren’t.

HTC has dealt with its disadvantaged status by developing its own branded apps and software enhancements; at this point, they pale in comparison to Nokia’s catalog, but at least stalwarts like the HTC Hub are present. The Taiwanese manufacturer has also relied on marketing to gain a leg-up over its competitors, striking a deal with Microsoft to call its devices the “Windows Phone 8X” and the “Windows Phone 8S,” a cunning -if somewhat confusing- maneuver.

Samsung can boast of neither advantage, at least not fully. There’s some mention of specialized software in the company’s marketing materials for the new device, and at first glance it looks a lot like HTC’s slim portfolio, with callouts for Samsung Now and the Windows Store’s “Samsung Zone.” But these haven’t been in the public’s mind recently, Samsung’s Windows Phone 7 devices fading into the background as the new OS version has taken hold. At least HTC has had WP8 phones on shelves for the past few weeks, to further its “Hub” mindshare. Furthermore, the ATIV S isn’t able to leverage the strength of an established brand (like Nokia), or piggyback on the cachet of another (like HTC’s “Windows Phone”). “ATIV” is a totally new sub-brand in the Samsung family, a name with an as-yet-unproven reputation in the marketplace. 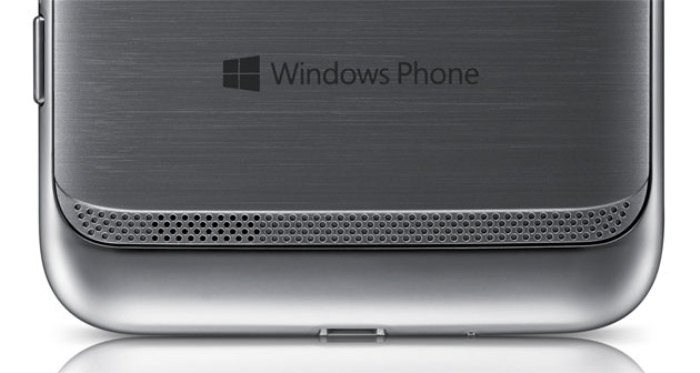 The upshot is this: based on everything we know right now, we think Samsung’s ATIV S will fill a need in the Windows Phone 8 landscape. Not just because the platform is still in need of every device it can claim, but because the ATIV S hardware brings something unique. Nokia is currently serving those in search of robust, heavy devices made of premium materials, while HTC has the space-age soft-touch market cornered. As it’s proven with the Galaxy S III, Samsung has the “lightweight, large-format” category down pat, and some Windows Phone customers will no doubt find the 135g weight of the ATIV S quite appealing. And then there’s that memory card slot.

There’s a lot we still don’t know about the Samsung ATIV S. We’re going to get our hands on a review unit very soon, and the minute it comes through the door we’ll be hard at work seeking answers to the question of whether this device was worth the wait. In the interim, sound off in the comments below, and let us know whether you’ll be lining up on launch day for Samsung’s first Windows Phone 8 device.

The new U.S. sanctions will have a serious impact on wide range of global industries: HUAWEI