The Samsung ATIV S bears one of the strangest stories in Windows Phone history. Learn how well it’s held up on this episode of Pocketnow’s After The Buzz.

Most new-device launches go the same way: usually the press gets review units before they’re widely available, and we get to use them for a few days -or a week if we’re lucky- as we work on our review.

For about … a day. And then it all goes away. Sure, there’s followup coverage as people find bugs and hidden features, but after that initial blast, not many people revisit the device to see how it feels a few weeks or months later, because everyone’s already focused on the next big deal coming down the pipe.

Few smartphones can boast as strange and twisted a tale as the Samsung ATIV S. The world’s first Windows Phone 8 device was announced way back at IFA 2012, getting us excited for the new Microsoft lineup and fueling speculation that Samsung intended to dominate the land of Live Tiles just as it’s come to dominate the Android space. That bombastic summer unveiling, though, was soon overshadowed by an autumn of confusion, with delay after delay evaporating Samsung’s chances at being first-to-market with a Windows Phone 8 device, and eventually making us wonder whether we’d see the ATIV S land on store shelves at all.

The phone ultimately debuted on European and Canadian carriers at the height of the blizzard season here in the U.S., and we were able to dig ourselves out of the snow long enough to give it the full-review treatment. Despite its delayed release, the ATIV S actually scored higher than its Nokia and HTC competition in our review, its success fueled largely by the added utility of its expandable memory and removable battery, along with the distinction of a 4.8-inch S-AMOLED display. 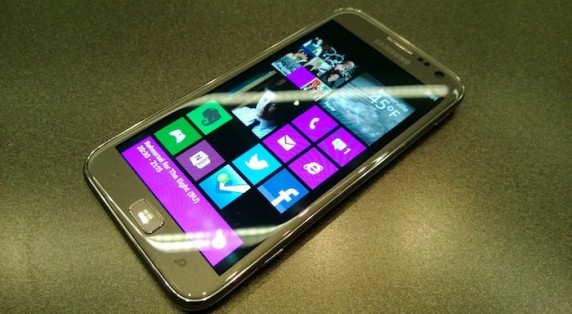 But the flowers are blooming in the States these days, and the months since our review have taken their toll on the ATIV S’s luster. It’s still a feature-packed Windows Phone, but how well do its aesthetics hold up against the newest and the hottest from Samsung and elsewhere? And when the device finally gets around to launching on a major U.S. carrier, will the bump in sales make any difference? Just how well, in short, has the ATIV S aged over time?

That’s a question After The Buzz is specifically designed to answer. So click play, sit back, and take a journey with us as we explore the ups and downs of the world’s most under-celebrated Windows Phone 8 device.