Founded in 1938, Korea’s far-reaching Samsung Group has created a monster of effective advertising, deep consumer trust and multi-industry volume domination in the 1969-established Samsung Electronics division that was however rocked to its core last year by an unprecedented flagship phone recall.

While obviously financially damaging in the short run, the Galaxy Note 7 fiasco doesn’t seem to have left a lasting mark on either the chaebol’s fiscal well-being or its previously flawless brand reputation. If anything, research platform Campaign Asia-Pacific argues the “prompt and transparent manner” the Note 7 “case” was handled helped the company once again lead “Asia’s Top 1000 Brands” rankings.

The annual report aims to evaluate consumer “perception”, based on a survey conducted between March 6 and 17, 2017 across 13 APAC markets, including Australia, China, India, Japan and South Korea. 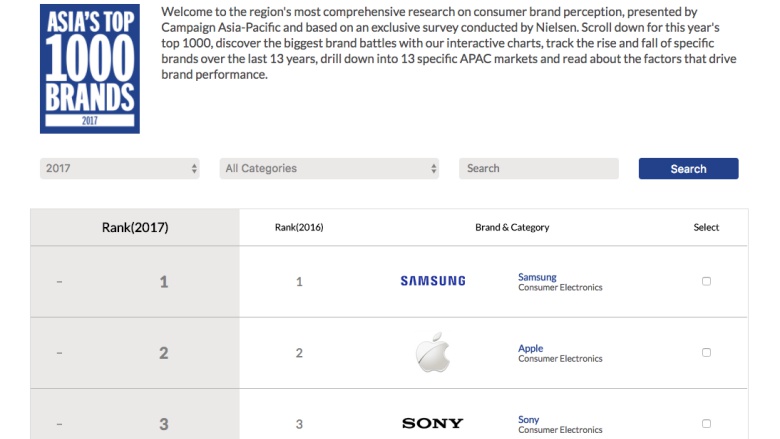 Global information giant Nielsen guarantees the accuracy and statistical relevance of the data, harvested from thousands of respondents to two simple questions. “Which is the best brand that comes to your mind?” when thinking of 17 major categories, and “which brand do you consider to be the second best brand in the category?”

For the sixth consecutive year, Samsung won gold, beating Apple and Sony, which themselves retained their 2016 first and second runner-up spots respectively. Interestingly enough, the PlayStation name was separated from its parent, falling from the 19th to the 23rd position since last year, while LG surged to sixth, behind Panasonic, but well ahead of Google’s 13th placement.

The new mobile OS, iOS 15 will allow you to choose to feature a specific person less often in Photos Memories.

On today’s Pocketnow Daily, we talk about the possible design of the Google Pixel 6, the next Galaxy Unpacked event, and more.