Today, Samsung announces Galaxy S5 mini, about a year after the announcement of the Galaxy S4 mini, complete with fingerprint scanner and heart rate monitor

It was just yesterday when we heard about the Galaxy S5 mini from Samsung, specifically being just around the corner, while the company announced four budget phones: the Galaxy Core II, Galaxy Ace 4, Galaxy Young 2 and the Galaxy Star 2. Today, Samsung announces Galaxy S5 mini, about a year after the announcement of the Galaxy S4 mini.

Aside from sharing its bigger brother’s name and general aspect, the Galaxy S5 mini has little in common with the flagship under the hood. We have a 4.5-inch Super AMOLED HD display with 720 x 1280 resolution, a quad-core 1.4GHz processor, 1.5GB of RAM, 16GB of internal storage (expandable via microSD up to 64 GB), 8MP main camera, 2.1MP webcam, 2,100mAh battery, and Android 4.4 KitKat on board, in addition to all the usual suspects (including a heart-rate monitor and fingerprint scanner).

As far as availability is concerned, the Galaxy S5 mini will reach Russia early next month (July), with a global expansion to follow. Color options will include Charcoal Black, Shimmery White, Electric Blue and Copper Gold, while, at the moment, there is no word on pricing. 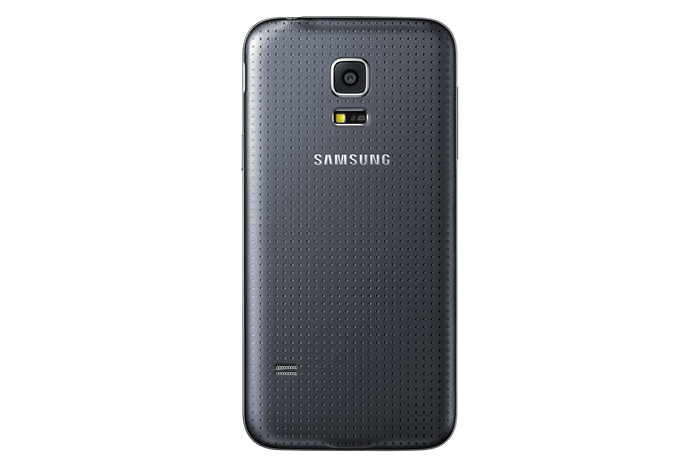