Samsung today announced the two latest members of its Chromebook family of products, the Chromebook 4 (above) and Chromebook 4+ (below). They both are available for purchase starting today at Best Buy, Samsung.com, and select retailers, starting at $229.99, and $299.99, respectively. They’re both similar in terms of specs, but the differences are found in the display, where the Chromebook 4 features a 11.6-inch HD LED panel (1366 x 768 resolution), and the Chromebook 4+ packs a 15.6-inch FHD LED Display (1920 x 1080 resolution).

The larger model packs 2 USB-C ports and weighs 1.7 kg, instead of one on the Chromebook 4 and 1.18 kg. The rest of the specs are identical, and include Intel Celeron N4000 processors, Intel UHD 600 Graphics, 4- or 6GB of LPDDR4 RAM configurations, 32- or 64GB of eMMC storage, two 1.5 W speakers, and identical connectivity options including Wi-Fi 5, Bluetooth, and the usual suspects.

Featuring Google Assistant, the Chromebook 4 and 4+ bring, according to the manufacturer, a compact design, long-lasting battery, and a combination of sleek design, performance with value. 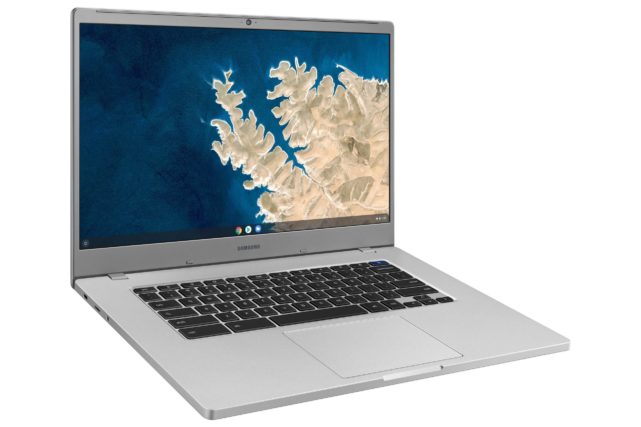