On one hand, there’s the battery life inconvenience, with Doze mode by far the handiest add-on in version 6.0, while on the other, you have security, haunted by Stagefright shadows, as well as a general sentiment of uncertainty.

Of course, the search giant only handles software support for a small fraction of the Android ecosystem, needing third-party hardware manufacturers to also get with the program. Which some of them are doing, including Samsung, LG, and Motorola. 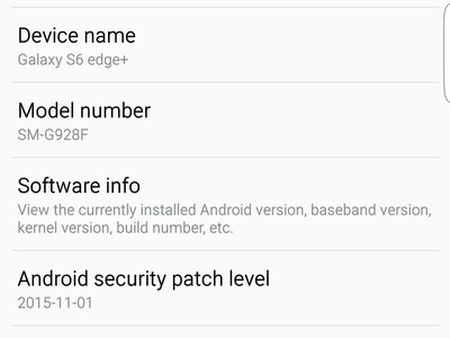 Samsung seems to be even going the extra mile by expanding the “About Phone” screen in Lollipop with a section previously exclusive to Marshmallow. No words on whether Google enforced this change, but if you’re running 5.1.1 on the Galaxy Note 5 or S6 Edge+, chances are you can check out your “Android security patch level.”

The date shown there is the last time your device was covered for exposure to outside infiltration, and since Samsung is all of a sudden so straightforward about this type of information, you have to figure the Korean OEM will indeed make good on its promise, and frequently roll out small security updates. Sorry we ever doubted you, Sammy!