This Samsung 5G prototype has a weird corner notch

A Samsung 5G prototype smartphone was displayed at the Qualcomm Tech Summit, well concealed and protected, but it features a weird notch.
Published 05 December 2018, 05:00 EST

Before we rhetorically ask ourselves “what is this?”, let’s recap a couple of things that happened over the past days. Qualcomm introduced the Snapdragon 855, and, among many other things, brings 5G capabilities. Read up on it if you missed it. Second, we’ve been hearing about the possibility of the Galaxy S10 having dual punch holes to house the dual front-facing cameras on the top right of the screen. There were some rumors and leaks that suggested that. There are also renders based on these reports.

Now that we’ve set the frame, take a look at the phone at the top (and bottom). It was snapped at the Qualcomm Tech Summit where the Snapdragon 855 was announced, among other things, and depicts a Samsung prototype of a 5G smartphone. That same device can be seen with the screen off on the bottom of this post, but the asymmetrical notch on the right is clearly visible.

And this is where the speculation begins. This Samsung 5G prototype was concealed in a protective black case to not reveal more than necessary. Still, the weird placement of the notch, as well as the earpiece on the very top of the phone, is in line with previous Galaxy S10 rumors. Could this be an early Galaxy S10 prototype? Possible, but it could also be something else.

Before you get too excited, just remember that Samsung is experimenting with several display types, from the Infinity O soon to debut on the Galaxy A8s, to the U, V, Flex, and so on. While this overall design hints towards the Galaxy S10, at least according to gossip so far, we’ll need to wait for something more solid to pop up. 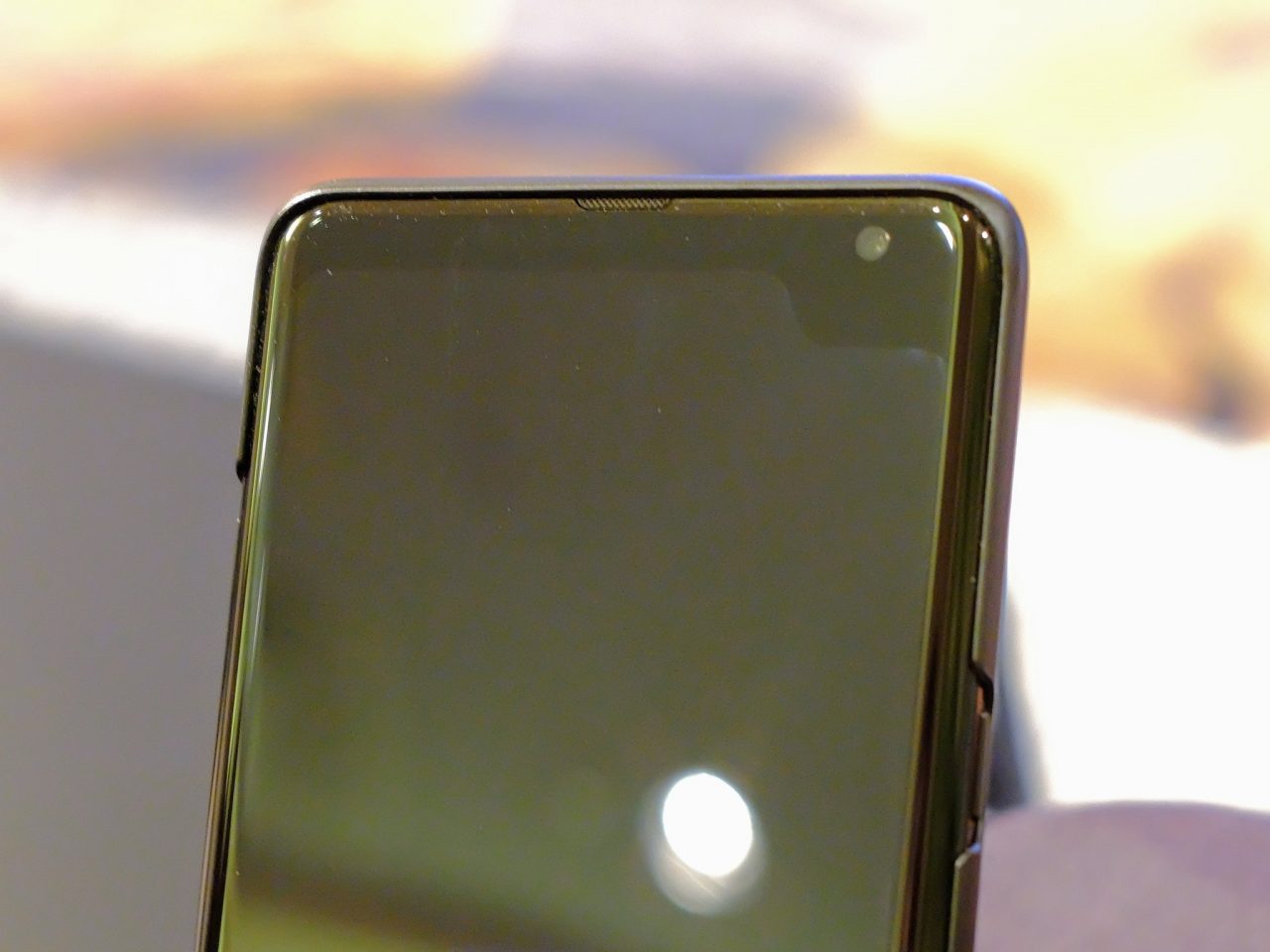 Today’s deals come from Amazon and Best Buy, where we find the Samsung Galaxy Note 20, an Apple shopping event and more devices on sale

The two companies have struck a deal for the fabrication of 5G chipsets for budget smartphones.