With all the exciting recent Galaxy S8 chatter, preparations for the expansion of the J family, and introductions of refined new A-series products, you probably didn’t realize there’s also a mid-range Samsung handset in the pipeline carrying a name that’s not a combination of a letter and digit.

But how could we have known the Galaxy Xcover 4 is coming when the Xcover 3 saw daylight almost two full years back, followed by a way too similar Xcover 3 Value Edition last spring? This time, we’re likely dealing with a serious specification upgrade as well, at least according to a pre-release benchmark listing the Exynos 7570 as the improved processor of choice.

This replaces the humble 28nm-based Exynos 3475 silicon inside the 2016 SM-G389F, integrating a Cat.4 2CA-supporting LTE modem into an “incredibly fast” and power efficient 14nm FinFET package. While far from a flagship SoC, the fall 2016-unveiled 7570 sounds pretty great for a budget-focused chipset, four Cortex-A53 CPU cores, Mali-T720 GPU, 720p display compatibility and all. 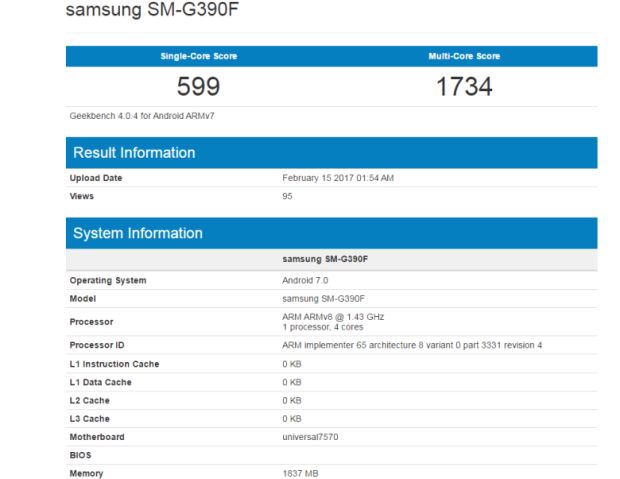 Unfortunately, we’re not yet sure the SM-G390F, aka presumed Samsung Galaxy Xcover 4, actually sports an HD screen, this Geekbench visit further confirming just a pre-loaded Android 7.0 Nougat iteration and 2GB RAM to go with that respectable processor.

Remember, the Xcover lineup is known primarily for its ruggedness, including not only water, but also shock and drop resistance in the past. Anyone looking forward to more of that?

OPPO Reno Ace 2 sports a 16MP selfie camera housed in a punch hole and quad rear cameras at the back. It will come in black, blue, and purple shades.