Remember How Thick Phones Used to Be?

I’ve got Verizon Palm Treo 700w sitting in front of me. Usually it’d be in a box in the corner of the office, but it made a star appearance in our recent Pocketnow 5.0 teaser video. The phone is remarkably, crazy thick at 23mm, or, in other words, three times thicker than the thinnest phones of today, like the HTC One S. Not only is it three times thicker, but it’s magnitudes “dummer.” The Treo 700w had a single-core 312MHz CPU with a mere 32MB of RAM. And the phone, in-hand, feels like a tank. It’s seems that the phone, with its extra heft and endless thickness, would be unusable. Alas, the Treo 700w was a hot phone that humans of just six years ago revered as a great piece of high-technology. 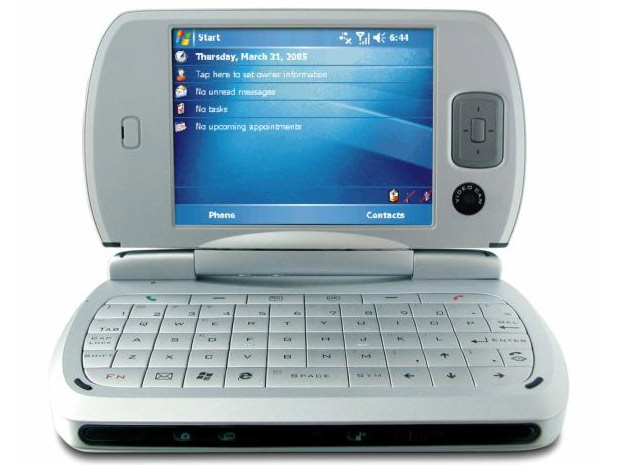 It’s difficult to appreciate just how thick phones used to be unless you’ve got some old phones laying around. Consider the once-amazing HTC Universal…a device considered by many to be a sort-of-mini-laptop. It had this awesome (then) high-res swivel display. And it was 25mm thick! That’s 2.5 centimeters, or one full inch! 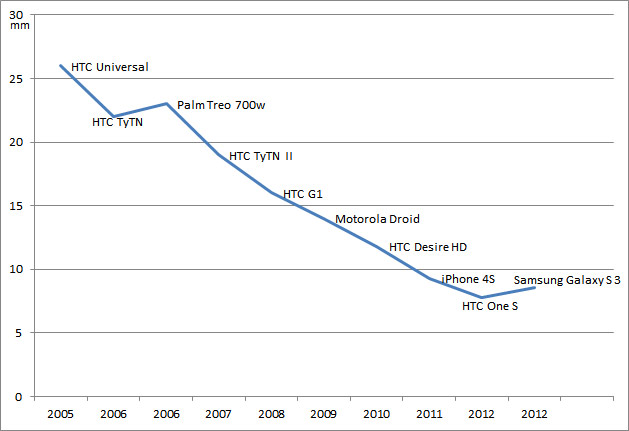 Naturally, advances in the miniaturization of electronics has made it possible for smartphone components to get increasingly smaller, so it’s no wonder that phones used to be thick. But if you have the opportunity to dust off an old smartphone, do so: it’ll really help you appreciate just how far we’ve come in making devices more pocket-friendly.