The stylish new Acer Chromebook Spin 11 is “designed for families and students”, and the Chromebook 11 C732 Series targets both education and “commercial customers.”
Published 23 January 2018, 05:17 EST

Acer may already be the champion of Chromebook diversity, selling more models through both consumer and education channels than we’re willing to count right now, and unveiling another 11-inch version at CES earlier this month ahead of US commercial availability in April.

The Acer Chromebook Spin 11 (CP311-1H/CP311-1HN) and Chromebook 11 C732 Series make as few compromises as humanly possible at starting prices of $349 and $300 respectively, although they obviously can’t escape the HD screen and low-power sacrifices.

On the decidedly bright side, the refreshed 11-inch Spin has a 360-degree convertible design, standard touch functionality and stylus input going for it, while the less versatile C732 can be configured with a touch display, also resisting drops, spills and other indoor and outdoor accidents. 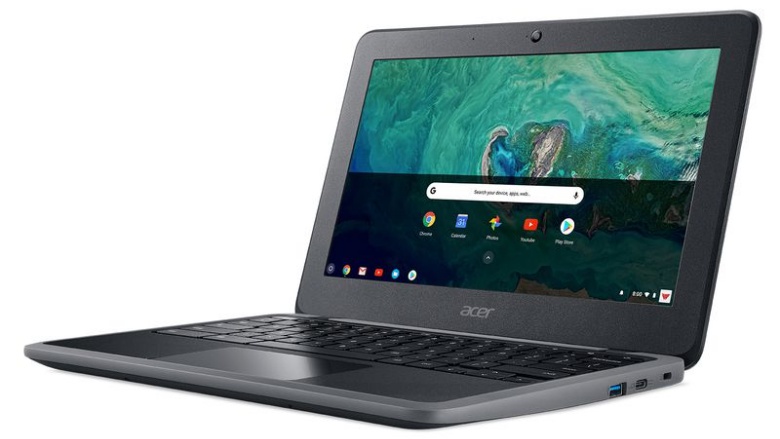 It’s needless to highlight the latest Acer Chromebook Spin 11 variant is the more stylish of the two affordable ultraportables announced at The Bett Show in London today, with a “sleek silver cross-hairline pattern on the top cover” providing a “premium look and feel that’s ideal for any environment.”

That’s probably why the Intel Pentium or Celeron-powered laptop is billed as ideal for “families, students and individuals who want to embrace the ease and security of Chrome” rather than schools. With “all-day” battery life, two USB 3.1 Type-C Gen 1 ports, a USB 3.0 duo, microSD card reader, 4 and 8GB RAM options, and either 32 or 64GB eMMC storage, the Chromebook Spin 11 line (CP311-1H/CP311-1HN) is due out in North America in March, followed by EMEA in April.

The Acer Chromebook 11 C732 Series is instead looking to serve both “education and commercial customers” starting in March, with 12-hour battery life, an identical selection of ports as the Spin 11, up to 8GB RAM, anywhere between 16 and 64GB storage, Intel Celeron inside, and optional 4G LTE for “connectivity and access to data on-the-go.”