Compared to the original, the Mini’s screen will drop 0.3 inches, there will be one less camera on the back and it will cost just the same.

While one-third of an inch can make all the difference in smartphone usability, when a screen port steps down that kind of increment and the device takes an apparent decrease in power, you’d expect to pay less for that derivative as compared to the original product.

Instead, one Weibo user is suggesting that it won’t happen that way. He leaked out a sketchy sketch-art poster promoting the octa-core processor of the Redmi Pro Mini. 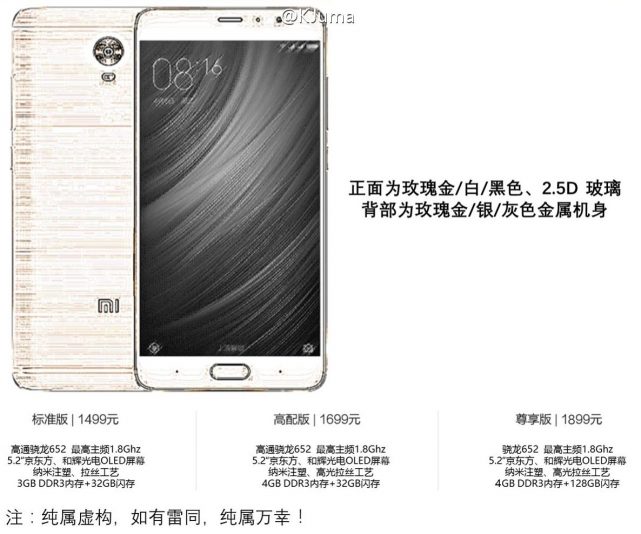 Such a phone is listed to have a 5.2-inch full HD OLED screen (0.3 inches smaller than the Redmi Pro‘s screen to be precise) with 2.5D glass atop it, a 4Ah battery (about the same as the Redmi Pro’s), one camera on the back (instead of two) and a Qualcomm Snapdragon 652 (versus the deca-core Helio X20 from MediaTek).

These are just rumors after all, but don’t let a Mini variant fool you.