Apple quietly discontinues red iPhone 7 and 7 Plus, marks up 256 and 512GB iPad Pros

The snazzy red iPhone 7 and 7 Plus are apparently no more in the wake of the 8, 8 Plus and X announcements, while iPad Pros have become even pricier.

After jumping on the two-flagship bandwagon back in fall of 2014 with the simultaneous iPhone 6 and 6 Plus launch, Apple unveiled no less than three iOS handsets for the first time yesterday, including a game-changing X.

Somewhat surprisingly, 2015’s iPhone 6s and 6s Plus are sticking around, now priced at $449 and up unlocked, as is the ultra-compact and low-end SE, available starting at $349 after another $50 discount.

Still, one previous-generation model seems to have vanished with no warning, despite technically seeing daylight just six months ago. We’re talking about the (PRODUCT) RED special edition of the iPhone 7 and 7 Plus, which is no longer listed as an option on the official online Apple Store.

Trying to manually find the link by Googling it won’t work either, as Cupertino will simply redirect you to the main iPhone 7 webpage, where you can choose from five “non-special” finishes – jet black, black, silver, gold and rose gold.

The snazzy, eye-catching and charity-helping coat of paint has yet to disappear from Best Buy’s website, as well as various supportive US carriers, though if it’s indeed discontinued, they could also be running low on inventory. 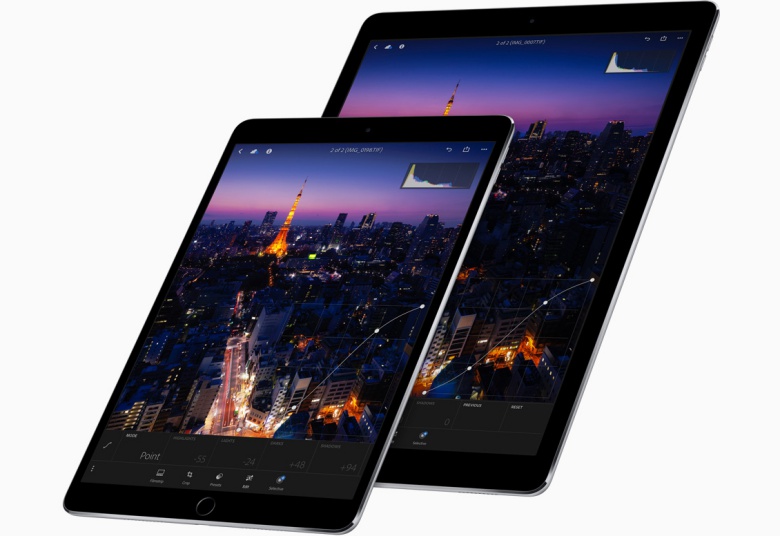 Meanwhile, in an unprecedented and likely unrelated move, Apple has just jacked up the prices of 256 and 512GB iPad Pro configurations. Not by a lot, but 50 extra bucks is still something to consider when thinking about a 10.5 or 12.9-inch iOS tablet purchase.

That’s if you’re willing to settle for Wi-Fi connectivity only, with LTE-enabled variants themselves marked up by $50 across the board. Not cool!