When HTC first launched the One, back in the early days of the year, we caught a few glimpses of a red variant of the handset. While HTC was quick to bury that version, leaving us unsure what to think about it, it ultimately popped back up over the summer, going fully official. Since then, we’ve seen availability for this red version greatly expand, and the HTC One Mini get a red edition of its own. That’s left the new One Max as the odd one out, but it won’t be for long, by all appearances; Taiwanese carrier Far EasTone has started featuring a red One Max in a new promotional campaign.

There you see it up above, clear as day (though partially obscured by that red Desire 601 on the right).

While we haven’t seen a red One Max in the flesh, this ad sure makes it look like the handset’s currently being sold, so chances are it won’t be long at all now before some candid shots of such a handset emerge.

Knowing HTC, it could still be a while before other markets get their hands on red One Maxes of their own, but we’d say you have a fair chance of seeing some turn up within the next two months. Of course, by then we might be talking about a red M8, instead. 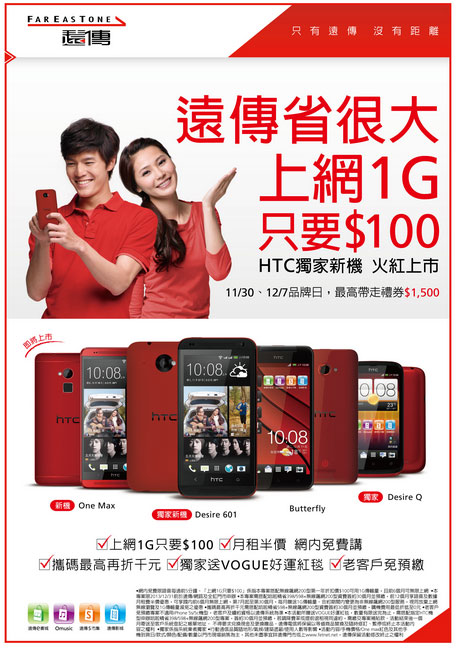 Source: Sogi
Via: Android and Me

The Lenovo Legion gaming phone is confirmed to be powered by Qualcomm’s latest SoC, the Snapdragon 865 Plus.