Pictures of the upcoming Realme X appear ahead of launch

The Realme X will see its official debut this Wednesday, and the company has published the first images with the phone featuring a pop-up selfie camera.
Published 13 May 2019, 17:00 EDT

Realme is expected to announce a full-screen phone on Wednesday, according to reports. These reports are now being backed up by the official Realme Weibo account, that tweeted the picture above as a teaser. However, it reveals the phone’s looks thanks to the render featured front and center.

Two color options are being featured, which makes us believe the device will be available in white and blue shades. Previously reported specs include a 6.5-inch AMOLED display with FHD+ resolution, with no bezels or notches (thanks to the pop-up selfie camera with 16MP resolution), and an in-display fingerprint scanner.

Other rumored specs include a dual-camera setup consisting of a 48MP main shooter and a 5MP depth sensor, a Snapdragon 710 chip, 6GB of RAM, at least 128GB of storage, and a 3,680mAh battery with VOOC 3.0 fast charging. 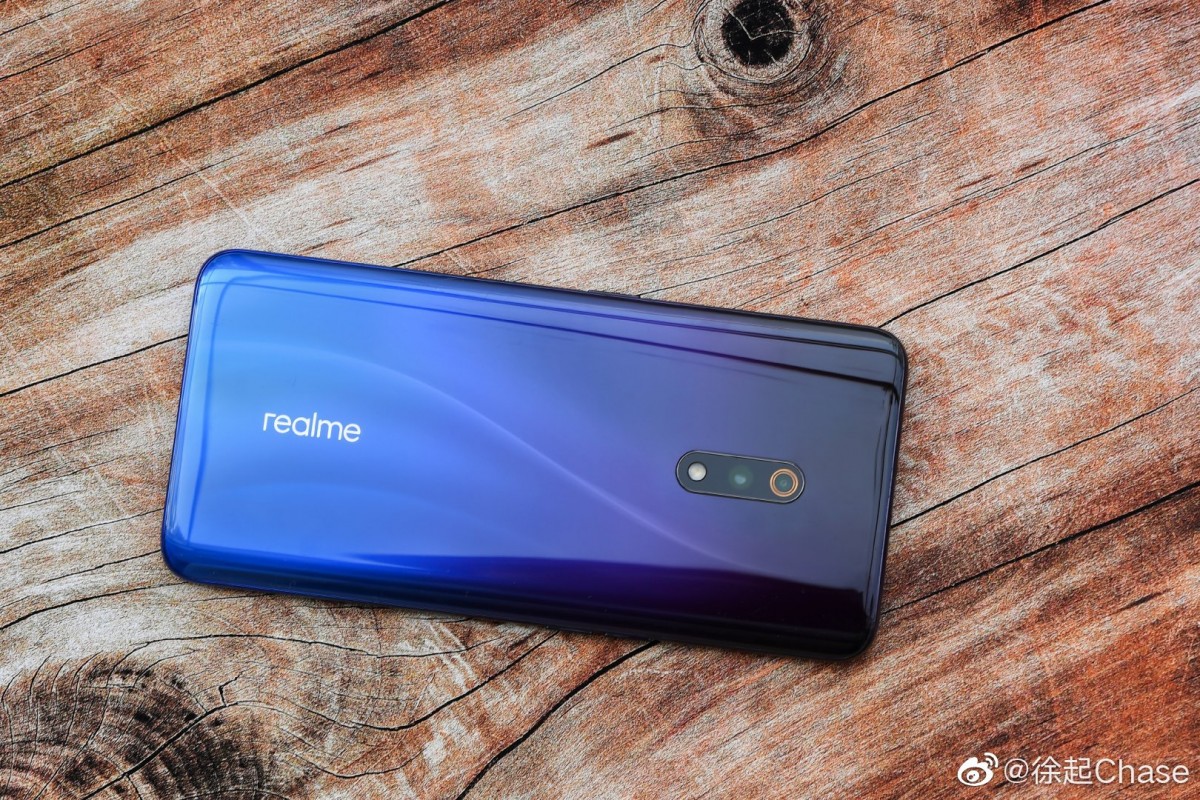