Why would you want RAW photo support in a smartphone?

Read about some pros and cons to Nokia’s intention to add RAW photo file format support to current and future high-end Nokia smartphones.

Back at the launch of the Nokia Lumia 1020 in New York City, I was taking a few pictures with my Nokia Lumia 810 and the lead program manager for Nokia’s new camera software approached me and we started talking.  I asked him about RAW support in professional photography software like Adobe Lightroom and Bridge. I already knew that they had implemented a non-destructive cropping mechanism which reminded me of exactly how non-destructive cropping works with RAW photo software on my desktop and Surface Pro tablet. I figured Nokia’s cropping info could be translated into the sidecar metadata that’s used in the professional desktop programs.  I actually took my Surface Pro out of my bag and started showing Nokia’s program manager the XML metadata code that all of these programs actually use in order to attach non-destructive edits and cropping info to RAW files.  He quickly realized that it would be very easy for them to implement non-destructive edits in this way.

A few months later, Nokia announced that some of their smartphones with high-end cameras would support saving RAW image data after their firmware upgrade (codenamed “Black”) is released in early 2014.  So why is this a big deal and how exactly would it be useful?  You probably already have a clue from my exchange with Nokia’s camera software program manager above, but let’s talk about what else would be possible.

Firstly, what’s the difference between a RAW image and the JPG images you normally get out of your smartphone camera?  JPGs are heavily processed files created after the photo is taken. They’re a simple grid of colored pixels determined by the camera software and they also tend to discard much of the unneeded data that was original captured.  Maybe the software added some sharpening or adjusted the colors in a particular way.  They’re also often compressed heavily which can lead to certain loss of image quality.  RAW image data is completely void of post processing.  It’s the actual data that comes out of the camera and that can be much more useful because you’re not stuck with whatever your camera’s software decided to do to it before it made a JPG.

The advantages of RAW

On my professional DSLR cameras, I always shoot RAW.  It’s like having the original negative film from the camera versus simply a print that’s already been processed.  With a film negative, that wasn’t the end of the story.  I could put the negative in an enlarger in the darkroom and control certain aspects of the final image before it finished printing on the paper.  I could do this repeatedly and create any number of prints with different types of adjustments to the final image, but my negatives would never change. 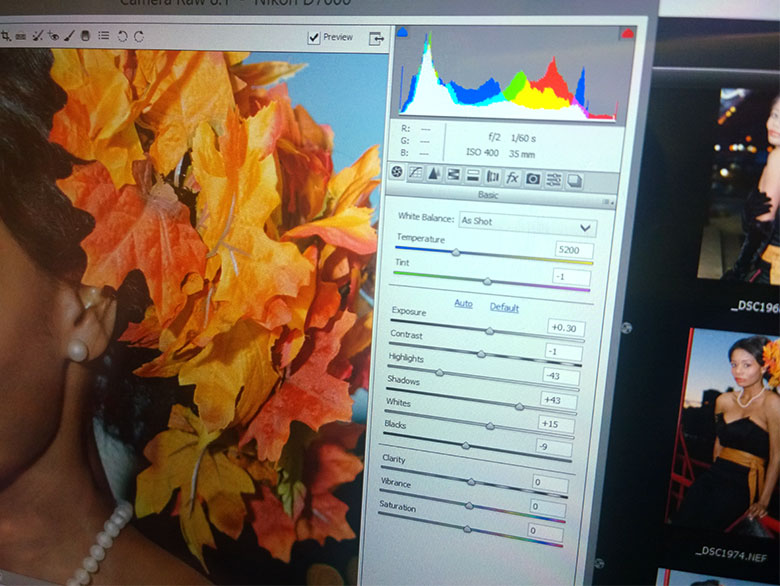 In my modern RAW photography workflows, the process is similar except everything takes place in software.  My RAW image data always stays the same like a film negative, but I can add my own processing instructions to that data as often as I want to in order to create any number of JPGs or other file formats with different adjustments just like I could with darkroom prints.  Nokia’s Lumia 1020 implementation only supports non-destructive cropping of the 38 megapixel JPG file, but if they were to save the RAW data, many more post-processing capabilities would be possible.

One big thing that’s often processed poorly or inaccurately inside digital cameras is the white balance.  If whites look off color because of the color temperature of the light, then that probably means your white balance was not set correctly. With RAW data from the camera’s sensor, you can choose different color temperatures for the white balance processing after you’ve taken the shot.  RAW data often gives you much more flexibility for altering the exposure for different parts of the image as well.  In photos where there are a wide range of highlights and shadows, your resulting JPG may have clipped out some of the detail in those extreme areas.  With RAW data, you might be able to adjust the exposure levels in specific parts of an image in order to make more of the detail visible.

The disadvantages of RAW

Why don’t all cameras allow you to shoot in RAW format?  Well, there are some disadvantages.  Firstly, the file size can be huge.  Full size 38 megapixel compressed JPG images from the Nokia Lumia 1020 are already about 10-12 Megabytes in file size.  A RAW version of that image could be 40-100 Mb depending on how it’s implemented (bit levels, lossless compression, etc.)

Another big disadvantage is that there is no standard way of writing RAW image file formats.  Each camera does it differently even between models from the same brand.  That means post-processing software needs to be built to support specific versions of each RAW image file format.  Adobe needs to release updated versions of the Adobe Camera RAW plug-ins and Lightroom software each time they want to add support for new camera RAW data formats.  Some camera manufactures also release their own desktop software with RAW format editing support.  Adobe did create a “Digital Negative” file format (DNG) which some cameras are supporting writing to natively.  The DNG format has all of the advantages of the RAW format, but in a more consistent file type.  In Nokia’s case, they could either keep all RAW editing locked down to a smartphone app, or they could work with Adobe to enable RAW editing within their professional desktop programs, or they could make their own RAW editing desktop software that you can download for free… or better yet, they could do all three of those options and make their RAW format accessible from anywhere.

Sometimes shooting RAW can also slow things down on the camera.  Most cameras have a buffer that saves the files to the memory card while keeping everything else fast.  If you’ve used a Nokia Lumia 1020, you may have noticed that it takes a pretty long time for the phone to save each picture before you can take another one.  It’s creating both a 38 megapixel full resolution JPG and a 5 megapixel down-sampled version.  That’s a lot of processing for a phone.  Now imagine how much slower it could be if it had to process 3 times that amount of data per shot.

Are you excited to try out Nokia’s upcoming RAW photo support or are the usual lossy JPGs plenty for you?  Personally, I’m definitely looking forward to what kind of non-destructive post-production editing capabilities Nokia might bring to future Windows Phones.

About an hour after we published this article, Nokia decided to publish some RAW photo samples taken with the Nokia Lumia 1020.  You can download them here.  As it turns out, Nokia did implement Adobe’s standard “DNG” file format for their RAW data.  That means Adobe won’t need to develop a new plug-in for Photoshop or Lightroom and these Nokia “digital negatives” will be editable within your current professional photography software.