Quick charge or capacity: which is more important to you? (poll)

Smartphones and tablets don’t seem to be getting any less power-hungry, which begs the question: Which is more important to you, quick charge or capacity?
Published 09 October 2014, 10:16 EDT

Cellular phones used to allow us to make and receive telephone calls on the go, and not much more. Somewhere along the line, text messaging was added, letting us ditch our pagers. Over time, simple apps were added, and we were able to pass away the time with games like Snake. Back then battery life wasn’t all that important, not when compared to today since back then our phones could last a week between charges. Now, however, we’re lucky to make it through a day or two. Manufactures are faced with a dilemma: customers want phones that are thin and light, but batteries are thick and heavy. To combat this issue, we have a few options, but they’re mutually exclusive: quick charge or capacity. 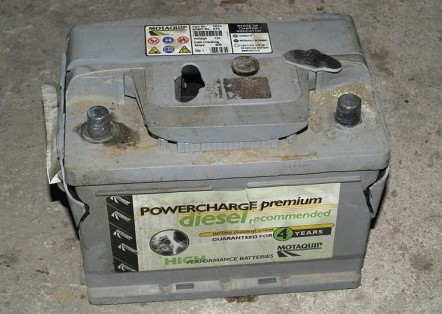 Making batteries with larger capacity isn’t terribly difficult. The battery under your car’s hood is 12V (versus 5V) and holds a lot more Amp Hours than your phone. If your phone’s battery was as big as the one in your car, you’d likely go weeks between charges – maybe more.

Car batteries are very big, ridiculously heavy, and take forever to charge. It’s simply not practical to build a phone around such a large battery, and we’re not suggesting that anyone actually attempt this.

The concept, however, is real. Batteries with larger capacities are generally bigger in size, and heavier than their thin counterparts. With manufacturers fighting over grams and millimeters in a race to make the lightest and thinnest devices, batteries suffer – along with runtime.

That’s not to say nothing is being done to mitigate this trend. Battery technology is improving, albeit slowly, and SoC makers are constantly making their chips run cooler, faster, and draw less power. Nonetheless, it’s apparent that batteries haven’t kept pace with our phones. 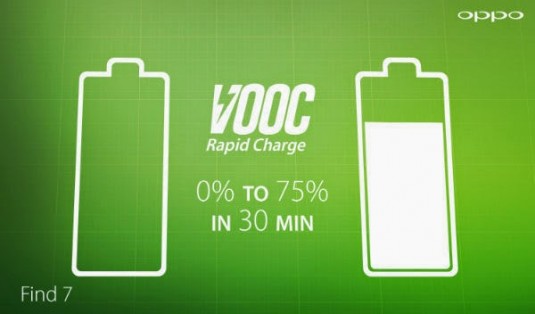 Another option is quick charging, which makes recharging our phones fast, easy, and convenient. Some manufacturers have included the USB 3 standard in their handsets, which allows higher power to be sent over the cable. One particular manufacturer, OPPO, includes a feature called VOOC Fast Charging that comes with the Find 7 and Find 7a. This method adds an extra two pins to a proprietary micro USB-style port and matching cable. These pins carry additional power, allowing the devices to charge at 4.5 Amps rather than the one or two that most of us use.

OPPO’s feature enable its phones to charge from 0% to 75% in 30 minutes, and can finish off the remaining 25% in less than 30 more. While that still seems somewhat slow, it’s much faster than what most of us get today.

Regardless of quick charge or capacity, conveniently charging our phones and tablets is another consideration. When I charge my smartphone, my tablet, or even my Moto 360, all I have to do is set the device down on a charging pad. The pad itself is already plugged in, so I literally just set my device down on my desk and it starts charging. When I come home I set my device on my nightstand, and again it starts charging. I don’t have to fiddle with cords. I don’t have to worry about what amperage the charger is on the other end of the cable. I just lay it down and I’m done.

Some people have complained that this means I can’t use my device in bed, or while it’s charging. To a certain extent that’s true, but I don’t have to. Since I’m unconsciously charging my devices almost all the time, they usually alway have an 80% charge – plenty of juice for whatever I need to do.

Qi has made this type of charging part of my lifestyle, and I’m grateful for this technology. You can even get a portable battery that incorporates Qi wireless charging, too!

No, Qi isn’t for everyone, but that brings us back to the original question. Which would you prefer in your next device: quick charge or capacity? Take a moment and vote in our poll, then head down to the comments, join the conversation, and share your thoughts on the matter!