Qualcomm and Microsoft sound like they have a blueprint for Windows 10 on ARM well into 2019. One iterative chipset and one big chipset are incoming.
Published 31 May 2018, 22:23 EDT

After ARM’s announcement of the Cortex-A76 cores today, we’re getting rumors of upcoming silicon from Qualcomm with performance goals fitted to Windows on ARM devices.

Geekbench runs have been spotted with a 32-bit Windows 10 machine — one from Qualcomm, supposedly as a test bed, the other from Lenovo — paired with 4GB of RAM and an octa-core processor with top clock speed of 2.96GHz.

WinFuture claims from intelligence that this processor is Qualcomm’s Snapdragon 850, a slight upgrade from the 845. The maximum listed speed goes up 6 percent and there are changes to thermal throttling and hardware acceleration to fit the convertible laptop format as opposed to smartphones.

It would also be a big update to the Snapdragon 835, which is currently in Windows 10 on ARM laptops on the market. This new silicon could gather more device manufacturers to the table like Dell, which has been plotting its own product in the category. Lenovo, HP and ASUS, which currently are selling machines, are supposedly looking at sequels: Lenovo’s is codenamed “ELZE1,” HP is building “Chimera 2” and ASUS has “Thanos.” 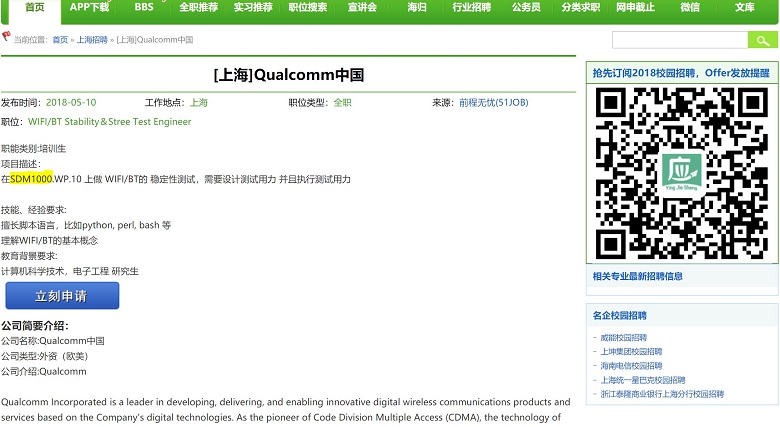 We expect device announcements to come across this summer. But beyond that, the same outlet is also reporting on a Snapdragon 1000 coming down the line. New job listings list responsibilities related to the SDM1000 (Qualcomm currently codenames new Snapdragon chipsets under the prefix of “SDM”). The CPU would run at an ambitious thermal design power of 6.5 watts, putting it near the performance of a Intel ‘Y’ series dual-core tablet processor at 7.5W. No word on other chips in the system nor how many cores there would be.

It is known that ASUS also has a project called “Primus” that incorporates the SDM1000 and has a projected finish date of this fall. What form it ultimately takes is not known at this time.

We start today’s deals with the Razer Book 13 laptop, and we also find incredible options from ASUS, Dell, and more on sale