We wondered more than a couple of years back, and unfortunately, the question still stands – should you care about 5G? Well, of course you should, as is the case for any big mobile industry breakthrough, no matter how vague, theoretical or gimmicky it may sound at first. And no matter how long it takes to reach the masses.

We’re talking the same masses that are currently barely able to hit average 4G download speeds of around 15 Mbps stateside, according to OpenSignal’s latest global “State of LTE” report. Not to mention US mobile device users can’t even find a reliable 4G signal roughly 15 percent of the time right now, based on the same in-depth June 2017 research. 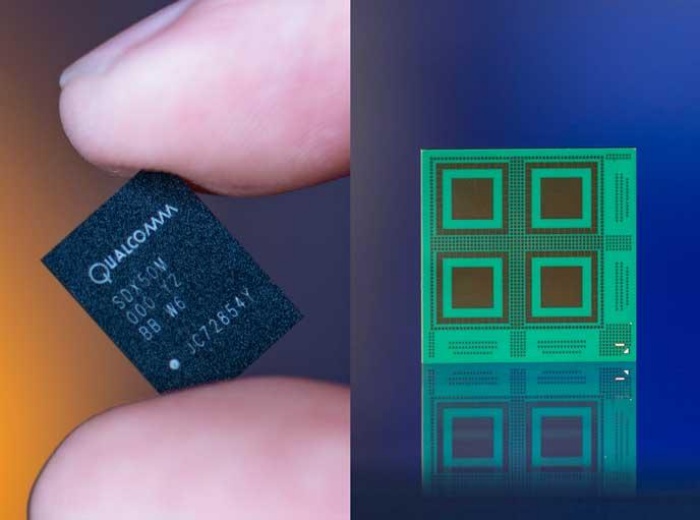 Regardless of existing network performance and coverage shortcomings, which carriers are working around the clock to fix and improve, semiconductor giant Qualcomm remains laser-focused on taking the next (theoretical) step in cellular technology speed and responsiveness.

Remember the company’s groundbreaking Snapdragon X50 modem, unveiled almost exactly one year ago in its first stage of development? The single-chip 5G modem has just reached phase two, shrinking in size and performing a successful test that saw it cross the gigabit per second download velocity barrier. Can you imagine jumping from 15 Mbps to 1 Gbps? In real life?

It’s still a distant dream, and it’s important to keep your expectations low, even for after the X50’s commercial debut inside the flagship Android phones of 2019 and beyond. But Qualcomm is definitely “making significant strides” toward the eventual availability of 5G in mobile devices and networks, even previewing a blazing fast reference design for the “testing and optimization of 5G technology within the power and form-factor constraints of a smartphone.”

The next step? Embedding the X50 modem into a Snapdragon 855 or 865 SoC and fitting that under the hood of Samsung’s Galaxy S10 or Note 10.

HUAWEI says that the volume of app distribution via the AppGallery has gone up by 83%,…