The BlackBerry Q10 needs a trackpad

BlackBerry released the Q10 to maintain some of its roots. But there are some hardware changes we can’t accept. Learn why we think the Q10 needs a trackpad.
Published 27 June 2013, 18:22 EDT

I openly admit I was unmoved by the Q10 and Z10 announcement from BlackBerry in January. Maybe it was, as they say, too little too late. Or maybe the Q10 was just too “old BlackBerry” for my refined tastes in smartphones.

Whatever the real reason, I had no desire to pick up a BlackBerry 10 device, even as a former BlackBerry fanatic. I have history with the platform and a special place in my heart for the company, a deep-seeded desire for the company to pull itself out of this rut and rival the other major players.

Unfortunately, my anticipation and excitement for new hardware and software died long ago, after several BlackBerry 10 launch delays.

BlackBerry spent the better part of four years trying to catch up with rapidly advancing operating systems and ecosystems. BlackBerry OS 5, OS 6, and OS 7 were cheap bandages hastily placed over deep gashes left by the likes of Android and iOS.

BlackBerry 10, at its core, has very little value proposition over any other mobile platform these days. BlackBerry spent its time playing catch-up, not developing new, jaw-dropping, must-have features. And don’t even get me started on application support. 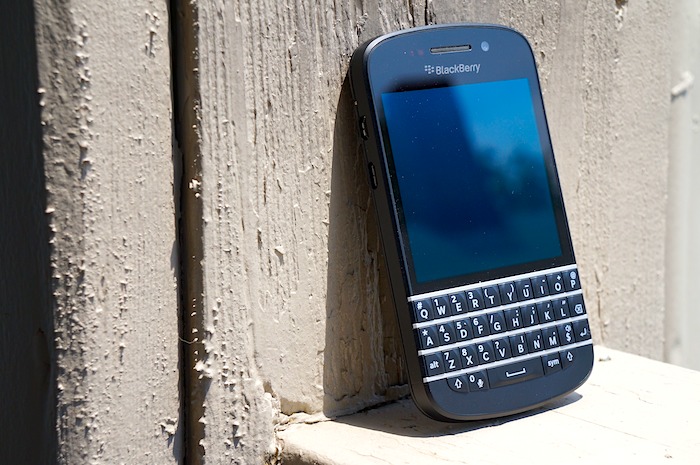 But as time passed and as I saw more and more colleagues with Q10s, nostalgia got the better of me. And I actually started to want a Q10. It got to the point I almost ponied-up and ordered one as a personal device.

It’s not that it’s a bad device. In fact, part of me still misses the old vertical QWERTY form factor. I spent at least five years using dozens of different BlackBerrys. I knew them inside and out, every shortcut, and every useful application. In my free time, I made my own themes and flashed unofficial software. Basically, I was as much of a BlackBerry nerd then as I am an Android nerd now – maybe even more so.

That said, it only took a few hours with the Q10 for the honeymoon phase to end, for my nostalgia to almost entirely wear off. (I say “almost” because I fully believe there is still a tiny glimmer of hope for BlackBerry. But BlackBerry 10, the Z10, and Q10 are not enough to rekindle my personal love for BlackBerry.)

I spent at least two hours just scrolling around, tinkering with settings, remembering all the quirky things about BlackBerry, and noticing all the changes.

Just like old times, I started setting up various word substitutions – for example, setting “wayut” to correct to “What are you up to?” I customized some of the notification settings, dropped some applications into folders, and got used to the new schizophrenic gestures, which only work part of the time, depending on what app you’re using.

The whole time, I had one thought running through my mind, “I sure wish this thing had a trackpad.”

I know, a lot of people hated the trackpad. But to me, a long-time BlackBerry user, using BlackBerry’s amazing QWERTY keyboard without the trackpad was just something I couldn’t wrap my head around. Even when using the device today, I kept reaching just above the keyboard to tap the Back button that isn’t there.

I fully understand why BlackBerry decided to scrap the old button configuration – it conflicts with the new gesture-based OS. But the trackpad was the staple in how I used all the BlackBerrys of yesteryear. Many of the keyboard shortcuts I had grown so fond of relied on the trackpad or trackball, like quickly selecting text, copying, and pasting. Even with the Bold 9900, I used the trackpad primarily and the touchscreen only when I had to.

And there’s a logical explanation to this. Two, actually.

You hold and use a vertical QWERTY differently than you use an all-touchscreen phone.

And the display on the Q10 is borderline too small to comfortably use as a sole form of navigation. When scrolling on the display, my thumb generally gets in the way of what I’m trying to read, whereas on a much larger display, I typically scroll with my thumb somewhere it won’t get in the way of the content.

Even the guys over at CrackBerry and members of its forums are brainstorming various ways to emulate having a trackpad to improve text selection, copy, and paste. Without the trackpad, call, end, BlackBerry, and Back buttons, the Q10 feels incomplete.

Maybe I’m just old school, but after using the Q10 for a week and a half, I can honestly say I would have much rather the Q10 been more like the Bold 9900, not less like I originally thought.

Today, we get to see some more leaks of the upcoming Apple iPhone 13 series, the Apple Watch Series 7, and the AirPods 3 ahead of the official announcement.

The latest iPad mini is already on sale over at Amazon.com, where you will also find…