Which zoom technology is best: lossless digital or optical?

Mobile cameras are better than ever. But what if you need to take a picture of a distant subject? Read on for our take on PureView vs Galaxy S 4 Zoom!
Published 24 June 2013, 20:19 EDT

Smartphone cameras are more important than ever. No longer are they cameras bolted onto the back of our phones for technicality reasons. They are legitimate cameras, capable of capturing impressive shots. And they give an entirely new meaning to the old saying “the best camera is the one you have on you.”

In the last year or so, smartphone manufacturers have branched out and redirected a solid portion of their focus on image sensing.

Nokia, for example, introduced PureView imaging technology with the 808 and Lumia 920. Although many don’t consider the 920 to have true PureView technology, the two devices showcase development phases for Nokia’s breakthroughs in image sensing – two totally different types of improvements. Both PureView on the 41-megapixel 808 and Lumia 920 are impressive at what they’re intended to do.

HTC went a different route with its recent flagship, the One. Instead of an ultra high megapixel count, it features only 4-megapixels, which HTC refers to as UltraPixels. Essentially, HTC kept the same sensor size and halved the megapixel count to double the pixel size, thus capturing more light.

Each mobile camera technology is equally impressive in their respective areas and use cases. 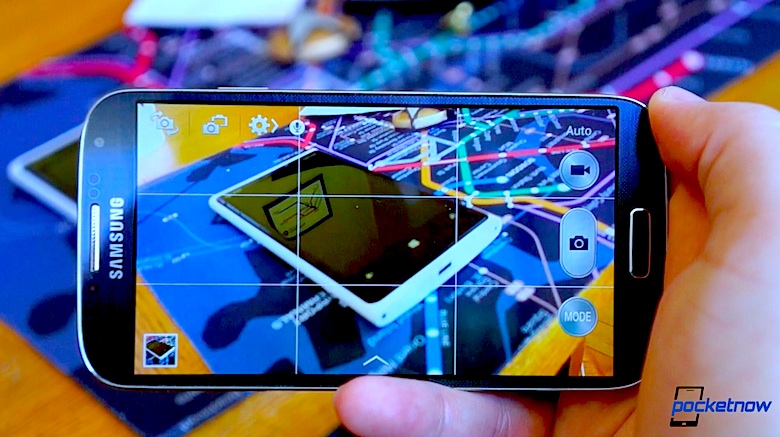 But what if your subject is too far away to get a great shot? And what if you can’t simply walk closer to your subject? Which mobile camera uses the best method for getting that perfect shot from afar?

The standard method available to virtually every smartphone is digital zoom. Many dedicated cameras do this to some extent, as well. Essentially, digital zoom does nothing more than crop and increase the size of the output image. For example, if the camera has an 8-megapixel sensor, digital zoom will blow-up a section of what’s in the viewfinder, and upscale. It’s no different than opening an image in a photo editor, cropping out the middle section and blowing the cropped section up to the dimensions of the original image. 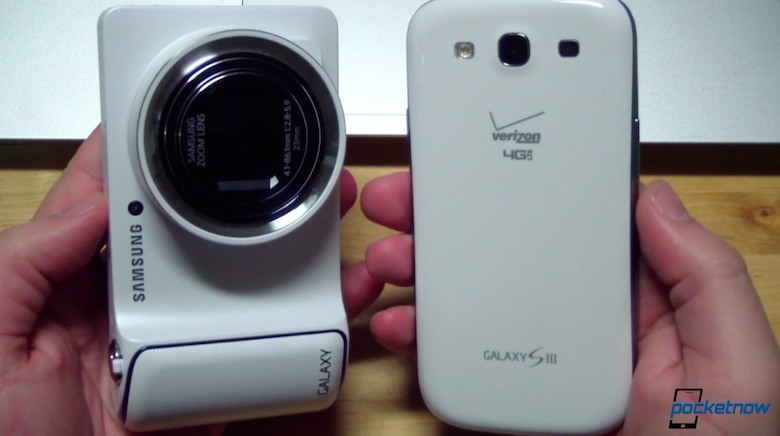 In other words, digital zoom isn’t all that effective. It expands less image data over a larger area, usually resulting in a pixelated mess.

Normally, without the use of a telephoto lens, there is no way to physically zoom while taking a picture, other than physically moving your feet closer to the subject. The way a telephoto lens words is by using a series of lens elements are varied in distance from one another to adjust the magnification.

This is exactly what Samsung has implemented with the Galaxy Camera and Galaxy S 4 Zoom. Both devices feature relatively bulky lenses on the back, and as you zoom in on the subject, the outermost lens physically extends further from the sensor, like a telescope. This magnifies the image the sensor sees without upscaling and distorting the image data. And as a result, the zoomed image is of a much higher quality than a when using conventional digital zoom.

What Nokia did, however, is use digital zoom but in a way the image data is not stretched and pixelated. Unlike a standard smartphone camera, which ranges from 4- to 13-megapixels, the 808 PureView comes with a massive 41-megapixel sensor. This allows the 808’s camera to capture a ton of digital image information at once – 38-megapixel’s worth, or a maximum resolution of 7,152 x 5,368 pixels. 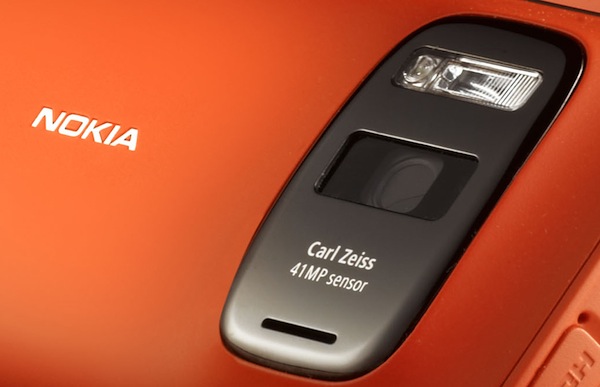 So which zoom technique is the best? It’s not a simple black and white answer.

Optical offers a noticeably higher zoom level. The Galaxy Camera and Galaxy S 4 Zoom offer optical zoom up to 21 and 10 times, respectively. PureView on the 808 offers only 3x zoom.

But the major difference between them is size. The Galaxy Camera is a staggering 19.1mm thick, and the S 4 Zoom is 15.4mm thick. Meanwhile, the 808 PureView is 13.9mm thick. Optical zoom largely affects weight, too. The glass and extra mechanics bump the Galaxy Camera’s and S 4 Zoom’s weight up to 300g and 208g, respectively, while the 808 weighs a more reasonable 169g.

For a mobile device, especially one you plan on carrying in your pocket each day, the lossless digital zoom with PureView is definitely the more viable option. Although the 41-megapixel sensor does also affect size and weight (the 808 is a tank), it feels more along the lines of a typical phone.

That said, the Galaxy S 4 Zoom is a step in the right direction for optical zoom and superior mobile imaging. It’s still too bulky for the average user, and in the Galaxy S 4, improved optics came at the expense of onboard specifications.

If, somehow in the future, a smartphone could be made at a standard thickness (between 8mm and 10mm with the zoom lens completely collapsed), optical zoom would be far superior to lossless digital zoom. However, in the real world and for the distant future, PureView seems to be the better option, at least for the sake of portability. And that’s why we’re all so worked up over this EOS Windows Phone …