As prematurely revealed by the media, Google has renamed its wireless MVNO from Project Fi to Google Fi and has officially extended support to most unlocked Android phones as well as iPhones.

Officially, specific devices designed for use on Google Fi — like the Moto X4, LG G7 ThinQ and all of Google’s Pixel phones — are best able to switch between its primary contingent networks: Sprint, T-Mobile and US Cellular. They are also able to seamlessly access more than 2 million Wi-Fi hotspots in the nation for free.

The iOS experience, which is in beta, reveals a refreshed look to the Fi app that all users should hope to see in the near term. Fi app users are also now receiving the new Network Tools suite, which includes the ability to rout all Wi-Fi and cellular internet traffic through Google’s own VPN. 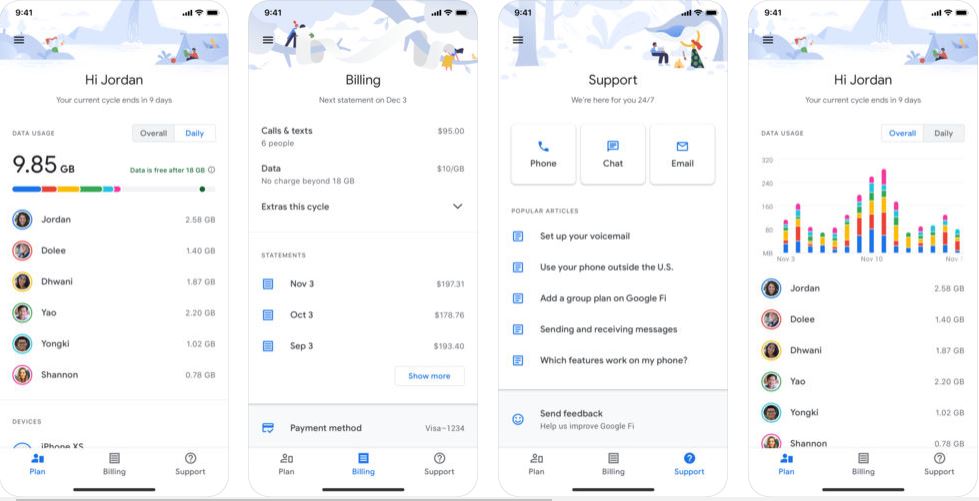 Other Android brands Fi is supporting now include Samsung, Huawei, OnePlus, Nokia and Essential. Learn more about which phones you can bring in by clicking here.

Google is offering a couple of deals for today only. For BYOP customers, they can get $200 of credit towards Fi service. New or existing customers buying their phones from Google Fi can get the value of their phone of choice through any mixture of gift cards for Airbnb, Hotels.com, Delta and Southwest Airlines.

The Galaxy Fold started receiving the Android 11 based One UI 3.0 update last week, and it also brings the January Android security patch.