The problem with preferential data, and why AT&T’s Facebook plan is a bad idea

AT&T wants content providers to pay so to provide you with their data for free. This Preferential Data plan may sound attractive, but it’s a very bad idea.

The Federal Communications Commission (FCC) is the regulatory body that oversees the Internet in these United States. Some times it does a good job, and sometimes it doesn’t. Most of the time it depends on which side of the debate you’re on. Nonetheless, there is a “Right” on the Internet that most tech writers and Internet surfers around the world will probably agree on: Net Neutrality.

Around the globe, regardless of what continent you’re on, what country you’re in, or what language you speak, the Internet is the same. How you get there, how fast your connection speed it, how much it costs, and whether or not your country censors parts of it are essentially all that differs between the Internet that I use and the Internet that you use.

What is Net Neutrality?

Net Neutrality is the principle that Internet service providers and governments should treat all data on the Internet equally, not discriminating or charging by user, content, site, platform, application, type of attached equipment, and modes of communication. Put simply, any bit of data whizzing across the Internet should be treated no differently than any other bit of data.

Why is that important? Let’s say you’re a cable company, and you and a couple networks get together and make a streaming television service. You’ve got a couple of competitors, one of which is running laps around your service. No one wants to pay for yours because theirs is so much better. To add insult to injury, since your company provides cable Internet service you have to carry their bits and deliver them to your customers!

Then you come up with a plan. That “other” company eats up a lot of bandwidth streaming their HD programs — and now it says it’s going to start streaming in 4K?! That’s too much! That’s the straw that broke the proverbial camel’s back! You’ve got to do something to stop it, but how? Ah! All of that data puts everyone else’s data at a disadvantage. Their streaming content is 100 times greater than the “other” traffic, so everyone else is being “hurt” because it takes 100 times longer to deliver theirs. (That’s not true, but who really cares, right?) Why not prioritize the traffic so that bits coming from that “other” company is 100 times less important than everyone else’s. Meh, you’re a good person, so out of the goodness of your heart you decide to only make it 50 times less important.

Now the content from that “other” company is sub-par to the content from your streaming service — it’s much slower now. People leave “them” because you are so much better — and faster! Problem solved!

When it’s put that way, I guess it sounds kind of like a good idea — for the carriers. For you and I, the end-users, it’s terrible. Instead of picking what services we want and letting the best one “win”, the game is rigged.

Back in 2008, the FCC found that Comcast had violated the Net Neutrality policy statement by allegedly prioritizing BitTorrent traffic below other traffic — slowing it down. After that, the D.C. Circuit found the FCC lacked statutory authority to enforce its Net Neutrality policy. The FCC disagreed and responded with the 2010 Open Internet Order. This re-interpreted Section 706 of the Communications Act as a broad grant of authority. Verizon didn’t like that and took the FCC to court — and won.

Some say Net Neutrality lost. Others say the FCC lost the battle, but the ruling enables them to win the war. Whichever side you’re on is up to you, but before we get too far into that legal quagmire, let’s talk about AT&T and Facebook. 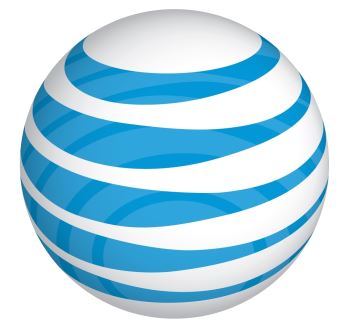 Do you remember back when there was a difference between local, “local long-distance”, and long-distance calls?  We’d have to sit through tear-jerking commercials about how kids couldn’t call their parents, and grandparents never got to talk to grandchildren because telephone calls were too expensive. For those of you too young to remember, yes, that really was a thing! Long-distance providers would fight for your business, trying to get you to switch from a competitor over to its service with the promise of reduced rates.

Companies didn’t want you to feel obligated to pay per minute when you called them — often sitting on hold for a long time before even being able to talk to a real human. To combat that, phone companies came up with “1-800” toll-free numbers. When called, the company, not the caller, would get the bill. That worked out great, but toll-free numbers aren’t really necessary anymore.

But what about data?

“AT&T Inc., the country’s second-largest wireless carrier, announced Monday that it’s setting up a ‘1-800’ service for wireless data. Websites that pay for the service will be toll-free for AT&T’s wireless customers, meaning the traffic won’t count against a surfer’s monthly allotment of data.”

Hey! That sounds great! Now a website can pay a carrier for “toll-free data”! However, unlike toll-free phone numbers, which were universally accessible from any telephone, “toll-free data” would be uniquely contracted with every ISP in the country. See where that little analogy breaks down.

Don’t be confused, it’s not “toll-free data”, it’s “preferential data”, and it’s a really bad idea. Preferential Data is the opposite of Net Neutrality, in this case it just has an attractive name attached to it. In essence, this plan sets up a tiered Internet where some sites and traffic are promoted over others. Before long, small websites offering different perspectives on news items would be unable to reach their audiences — after all, who would want to pay for “fringe” sites when the big three are available for free. Ultimately, this plan will lead to defacto censorship and broaden the already wide income-gap.

If AT&T really wanted to offer “toll-free-data”, don’t you think it would make sure calls to 1-800 numbers wouldn’t count against your minutes first? It’s not about “free” anything, it’s about controlling what you see.