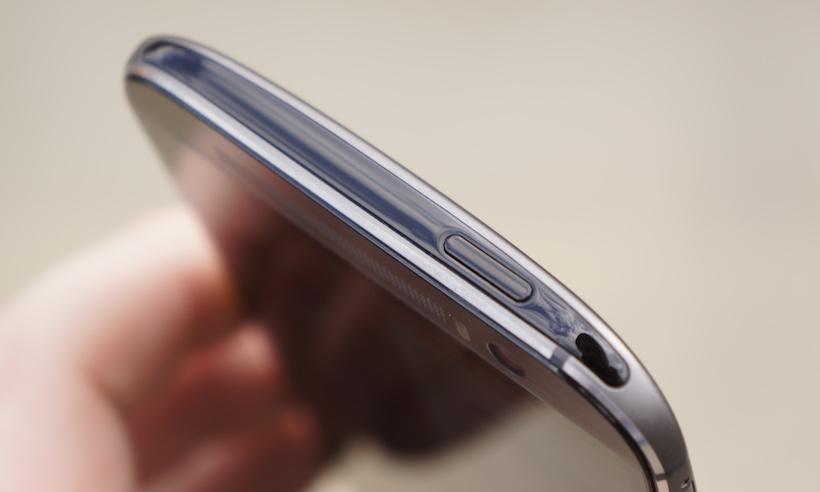 There are only a few physical buttons on most smartphones these days; volume controls, the occasional camera shutter or home button, and the power button. They’re all obviously important, or else the manufacturers wouldn’t bother including them and taking up precious space on their phones, but almost undeniably, the most important of all is the power button. It wakes our phones from sleep mode. It locks them to save power and trigger security. It turns them completely on and off, and without the power button we wouldn’t be able to use our phones … but we can’t seem to agree on the best place to put it.

On the original iPhone and most smartphones for a little while thereafter, the power button sat along the top frame. This made a lot of sense for a smaller phone (even though that 3.5” display seemed HUGE back then); after all, for most people all it took to reach was moving the index finger. But these days, phones are getting bigger (like, way bigger), and a top-mounted button is starting to make less sense. It’s harder to reach, and that hand-shimmying that we all do in the process loosens our grip and causes more accidental drops than ever before. OEMs in their never-ending quest for ergonomics have taken note and started to move the power button to better suit the increasingly large phones they’re producing, typically to the side frame.

We’ve seen the power button on the side of nearly every large-screen smartphone — sometimes it’s on the left frame, like on the Idol 3, and other times you’ll find it on the right frame, like on … well, just about everything else. It’s a much more convenient spot, since at least one thumb or finger is almost always gripping the sides of your phone. Sometimes it’s slapped above or beneath the volume keys, and sometimes they run parallel on opposite sides of the display, but the important thing is that it’s on a side, and it’s not on top (Can you tell my preference?). But one manufacturer in particular has pioneered a new location, the back of the phone. Since the G2, LG has been putting its volume/power combo on the spine of just about every phone it ships. The idea here is that your index finger naturally rests against the back anyway, so engaging your smartphone’s display should always be instant and effortless — and it works! It’s not for everybody, and I’m not sure that it’s my favorite placement either, but it’s hard to deny the convenience of the rear-mounted button placement, and it’s a design paradigm that’s made LG easily distinguishable from the rest of the market.

As I hinted at early, I think I’m most fond of the side-mounted placement that’s made its way to nearly every smartphone theses days, but what’s your preferred power button placement? Furthermore, do you even care about where the power button is, since its functionality can largely be mirrored by double-tap to wake? Cast your vote, and share your thoughts in the comments below!

Samsung has announced a comprehensive list of Galaxy phones and tablets that will get four years of updates on a monthly or quarterly basis.