The upcoming Qualcomm Snapdragon 865 — or at least that’s what it is believed its name will be — was spotted on Geekbench.
Published 09 August 2019, 12:00 EDT

Qualcomm’s Snapdragon 855 was the flagship processor for 2019, until the company decided to introduce the Snapdragon 855 Plus, as a point upgrade to bring performance improvements for devices using it. However, the chip-maker is expected to announce its next-generation flagship System-on-a-Chip later this year, and that particular piece of silicone might have leaked on the Geekbench results page.

Believed to be the Snapdragon 865 — if the company keeps its current naming scheme — the processor scored really good in the benchmark test. You can see the results below, if you care about those. Here, at Pocketnow, we don’t. We also don’t care whether it could “beat” the Apple chip or not, as we’re comparing oranges to … pencils. However, it should stand a fair fight against the next-generation Kirin 985 or 990, as well as the 2020 Exynos processor, since we’re talking about a Qualcomm chip most 2020 flagships will use. 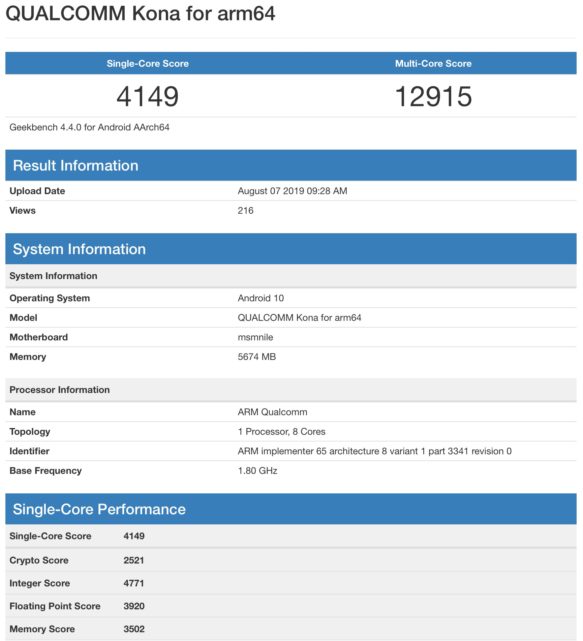