An icon inside iOS 13.2 betaseems to suggest that Apple is possibly working on a new version of its earbuds, the noise cancelling AirPods
Published 03 October 2019, 10:00 EDT

An icon inside iOS 13.2 beta (image below courtesy of 9to5mac) seems to suggest that Apple is possibly working on a new version of its AirPods, one which would bring noise cancelling features to the table. Noise cancelling AirPods have been in the headlines, as rumors, for years, but it is just now that Apple might be actually considering launching a pair to up its wireless earbud game.

With the model code B298, these noise cancelling units could arrive as early as later this month, when Apple is rumored to unveil a new MacBook Pro, iPad Pro, and the Apple Tag. The image you see above was leaked in September as a possible AirPods 3 prototype, but it bares a striking resemblance with the icon below. This means that we could be looking at the noise blocking version of the AirPods. 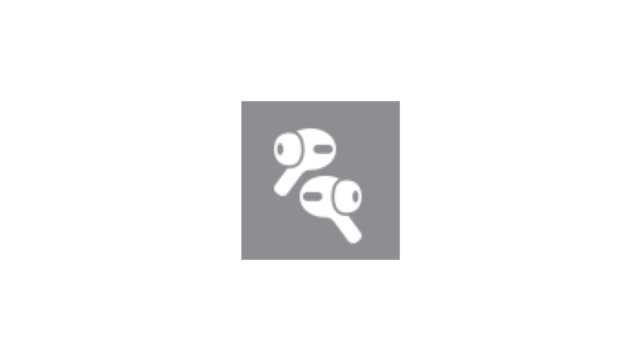 Netflix has reportedly been testing Spatial Audio since December, and it might be enabled for AirPods Max and AirPods Pro in spring 2021.

Looking for a case that doesn't push the Samsung phone's design to the background? Pick…

Hate to hide your Samsung flagship behind an ugly case? Choose from this list of the…

It sports a gorgeous design, and comes with a range of features, packed in a lightweight body.