Polaroid also announced a seven-inch tablet at CES, the M7, to accompany its larger, ten-inch tablet. Check out the great price and the specs.

At this year’s CES, Polaroid introduced an Android-powered camera and also a ten-inch tablet, dubbed the M10, which we’ve briefly analyzed. Since good things come in pairs, there’s also a seven-inch tablet accompanying the M10, dubbed the M7, which will land in Spring for $129.

The tablet features a seven-inch screen with 1280×800 resolution, resulting in a PPI of 216, and is powered by a dual-core of unspecified make and model. There are 8GB of internal storage on-board, expandable via microSD card slot, and a two-megapixel web camera on the front, acting as the only image capture option. The platform of choice is Android, in its 4.1 Jelly Bean iteration, and, at this price range, it can be a worthy competitor for the Nexus 7 too, not only to the iPad mini depicted below by Polaroid. 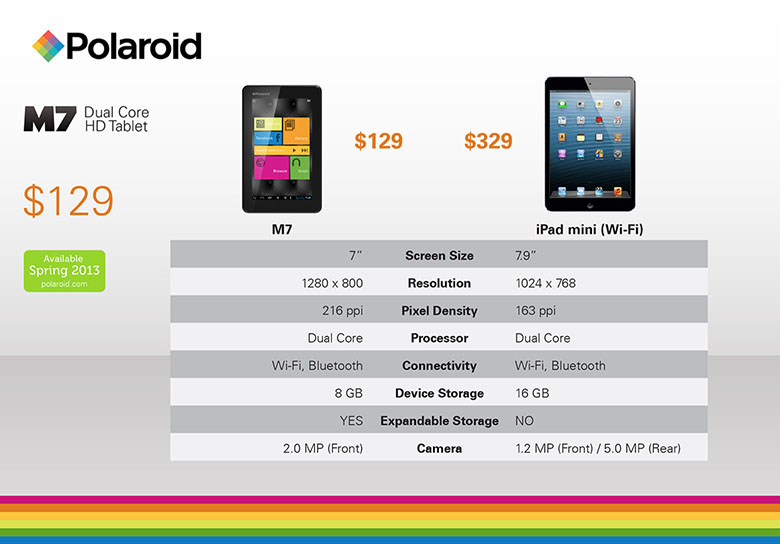